Afghanistan’s deputy attorney general has said that an investigation has been started into allegations by candidates that the country’s election commission was involved in fraud during September’s parliamentary poll.

“We have assigned three prosecutors to investigate staff of the election commission over allegations of fraud, based on complaints from candidates,” Rahmatullah Nazari told the Reuters news agency on Wednesday.

Disgruntled politicians, candidates and their supporters took to the streets of the Afghan capital of Kabul for a second day on Wednesday, calling for the election to be scrapped amid allegations that Independent Election Commission [IEC] officials had been involved in fraud.

Thousands of formal and informal complaints have been pouring in about the election since polling day on September 18.

Preliminary results were announced on October 20, following delays while the election body recounted votes from hundreds of polling sites.

Final results, which were due at the end of last month, have been pushed back while a separate UN-backed election watchdog sifts through the thousands of complaints and decides whether to invalidate more votes.

However, the UN-supported Electoral Complaints Commission [ECC] is not allowed to investigate or adjudicate on ballots already thrown out by the IEC, including ballots over which complaints have been lodged.

On Tuesday, the ECC said it had received more than 6,000 complaints, about 2,000 of which could affect the outcome.

Last month, Staffan de Mistura, the top UN envoy in Afghanistan, applauded the IEC for its handling of the counting process, but said “considerable fraud” had been carried out on polling day and called for those responsible to be held accountable.

The IEC, which was also accused of fraud in last year’s presidential poll, was given more powers this year, including the ability to disqualify votes on its own.

It has already disqualified close to a quarter of all votes.

The credibility of the vote will weigh heavily when Barack Obama, the US president, reviews his Afghanistan war strategy in December amid rising violence and sagging public support.

It will also likely be discussed at a Nato summit in Portugal this month. 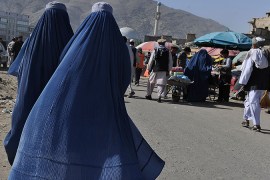 More than 20 per cent of ballots cast in the September 18 poll have been thrown out after fraud investigation. 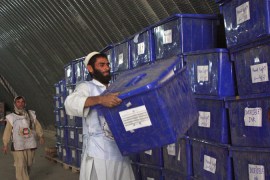 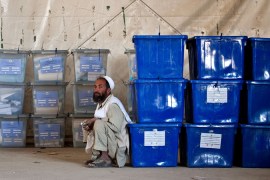 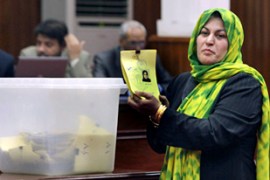 Kidnapping in the west coincides with attack that leaves eight policemen dead in Kunduz.