Thailand’s Constitutional Court has dismissed a case alleging that the ruling Democrat Party had misused election funds. The court ruled that the case had been filed incorrectly.

Monday’s ruling removed the possibility that the Democrat Party would be dissolved or that Abhisit Vejjajiva, the prime minister, would be banned from politics and forced to step down.

“The filing by the electoral commission is unconstitutional because the process was not done properly,” Judge Udomsak Nitimontree said, reading out the ruling at the court in Bangkok.

The Election Commission had accused the Democrats of spending some of a $907,000 government fund without proper approval during the 2005 election campaign. Abhisit served as the party’s deputy leader when the alleged incident took place.

The dismissal of the case was likely to meet widespread criticism that the court applied double standards. Previous verdicts have run against the Democrats’ political opponents.

Thailand’s political scene has been polarised since 2006, when Thaksin Shinawatra, the former prime minister, was ousted by a military coup.

The divisions have led to deadly violence. Demonstrations by so-called Red Shirt supporters of Thaksin led to bloodshed in the streets of Bangkok last May with about 90 people killed and more than 1,400 wounded before the protests were crushed by the army. 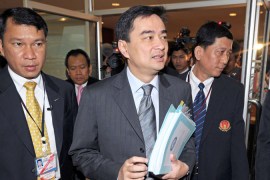 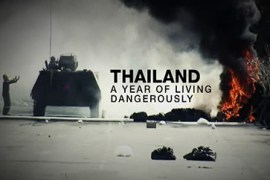