The vast trove of diplomatic cables leaked by the WikiLeaks website shows that US allies in the Middle East are pushing for tough action against the Iranian nuclear threat.

According to one leaked US cable leaked on Sunday, Saudi Arabia’s King Abdullah bin Abd al-Aziz urged US General David Petraeus and Ryan Crocker, US ambassador to Iraq, in 2008 to take military action against Tehran’s nuclear programme and urged them to “cut off the head of the snake”.

“May God prevent us from falling victim to their evil,” said Abdullah. “We have had correct relations over the years, but the bottom line is that they cannot be trusted.”

Reacting to the leaks, an unidentified Saudi government adviser told AFP that, “The whole thing is very negative. It’s not good for confidence-building”.

Other leaked documents revealed a common thread, showing that Arab countries seem prone to criticise Iran when meeting with US officials.

For example, cables from the US embassy in the United Arab Emirates revealed that Abu Dhabi crown prince Mohammed bin Zayed was convinced in 2006 that a nuclear-armed “Iran would destabilise the Gulf region and possibly allow terrorist access to [weapons of mass destruction”.

And a cable from Bahrain said that King Hamad bin Isa Al Khalifa blames Iran for “the trouble in both Iraq and Afghanistan” and that he “argued forcefully for taking action to terminate [Iran’s] nuclear programme, by whatever means necessary.”

During the meeting, an agent of Israel’s Mossad foreign intelligence service said Iran was playing for time to “avoid sanctions while pursuing its strategic objective to obtain a military nuclear capability.

“From Mossad’s perspective, there is no reason to believe Iran will do anything but use negotiations to stall for time so that by 2010-2011, Iran will have the technological capability to build a nuclear weapon,” he said.

And in June 2009, Israeli Defence Minister Ehud Barak warned US lawmakers the West had only until the end of 2010 to find a way to halt the Iranian nuclear programme or face a Middle East arms race.

Adding to the concern, the leaks also show US intelligence believes Iran has obtained advanced missiles from North Korea capable of striking Europe as far as Berlin, according to documents cited by the New York Times.

“I understand their frustration,” David Mack, former US ambassador to the UAE, told Al Jazeera.

“Leaders of these countries have been asking us to do something effective about Iran, and that includes the position of our own government – we don’t take anything off the table,” said Mack, referring to the military option.

Mack pointed to a “degree of containment” he said the US has achieved with Iran via sanctions, and worried that the leaked cables would help Iran “wiggle out of this net of containment that has been built around them.”

So far, the Iranian press has not paid much attention to the WikiLeaks cables, with most of the focus being on the attacks on two nuclear physicists in Tehran, and Saad al-Hariri’s visit to the country.

The state-run Press TV did, however, run a piece entitled, “Saudi king playing into US hands?” on its site.

But an official response the revelations in the cables is yet to come.

Mohamad Morandi, associate professor of American studies at Tehran University in Iran, told Al Jazeera that the revelations were unsurprising and speculative. He also said that an official Iranian response to the cables was unlikely.

“I don’t think the Iranian leadership nor the Iranian people would find this unexpected – I don’t think it’s a surprise,” said Morandi, of the revelations that attacks on Iran were called for by several neighbouring Gulf states.

“The Iranians want to keep the region stable and quiet, and ironically, it is Americans and now, as we know, the Saudis and some of these regimes in the region, along with Israelis, calling for attacks or making threats against Iran, whereas Iran has never made any threat against any country, despite the rhetoric we see in the Western media and among Western leaders,” said Morandi.

Morandi also said that Iranians believe the cables will diminish the credibility of leaders in Gulf states among their own people. 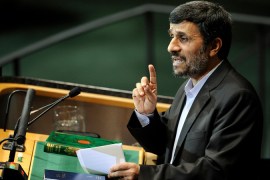 US urged to tackle Iran 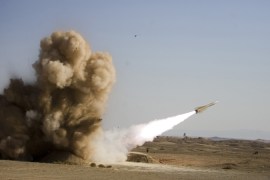 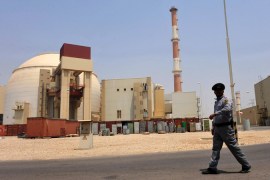