An Iranian nuclear scientist has been killed in one of two explosions rocking the capital, Tehran, according to state media. Three people were also injured in the blasts.

The report said Dr Majid Shahriari was killed and his wife was injured on Monday. Shahriari was a member of the nuclear engineering department of Shahid Beheshti University in northern Tehran, according to the official IRNA news agency.

In a separate attack, Dr Fereydoon Abbasi and his wife were injured.

Abbasi, 52, holds a PhD in nuclear physics and did nuclear research at the defence ministry, Mashreghnews, an Iranian news website, said.

He is “one of the few specialists who can separate isotopes” and has been a “member of the Revolutionary Guards since the revolution” in 1979, the website added.

Al Jazeera’s Alireza Ronaghi, reporting from Tehran, said few details were known about the nature of the blasts.

But he added that the victim was a colleague of another professor, Massoud Ali-Mohammadi, who was killed in January in the same fashion.

At the time, Tehran accused the US and Israel of assassinating Mohammadi, who was allegedly linked to its atomic weapons programme.

But the US rebuffed the accusation. Mark Toner, a US state department spokesman, said it was “absurd” to suggest that the US was involved at all.

Later it was reported that Mohammadi had been mistakenly referred to as a nuclear scientist. He was a quantum physicist and was not a political figure at all. More importantly, he was not involved in Iran’s nuclear programme.

Al Jazeera’s Ronaghi said the two attacks on Monday had “been taking place in the same manner.”

“A motorbike rider has forged the cars of both these professors, around 7:45 local time, attached a bomb to them, and ran away,” our reporter said.

He added that it was unclear if the blasts were carried out by foreign governments who are actively seeking to undermine Iran’s nuclear programme.

Many in Iran, including Sadegh Zibakalam, a politics professor at Tehran University, believe that Western governments have a hand in these attacks.

Talking to Al Jazeera, Zibakalam dismissed the possibility of any internal involvement saying that “none of them [the nuclear scientists] have been against the government, they are not politically involved.”

Safar Ali Baratlu, the deputy Tehran governor, told ISNA news agency: “The issue of the assassination of two Shahid Beheshti University professors is currently under investigation and its results will be announced.”

The reported attacks came a day after the top US military officer said that the United States was weighing military options in the face of Tehran’s announcement it had an atomic power plant up and running.

Admiral Mike Mullen, chairman of the US joint chiefs of staff said in an interview with CNN that he does not believe that Iran’s nuclear plant is for civilian use “for a second.” 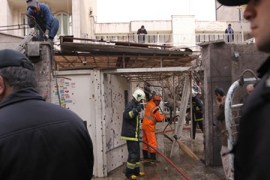 Who killed the Iranian scientist?

Inside Story looks at the murder of professor Mohammadi and the issues behind it. 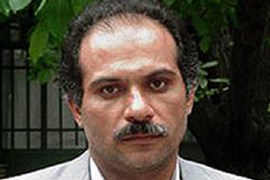 US denies role in Iran murder

Tehran blames US and Israeli “mercenaries” for physics professor’s death in blast on Tuesday. 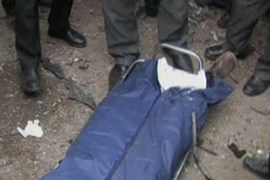 Physics lecturer believed to have had links to country’s disputed nuclear programme.