Moldovans are voting in a parliamentary election as Europe’s poorest country seeks to end a political stalemate that has left it without a full-time president for more than a year.

The four-party liberal coalition that has ruled the former Soviet state since June 2009 has been unable to find the necessary parliament majority to elect a new head of state.

With 20 political parties and 19 independent candidates contesting this Sunday’s parliamentary poll, the country’s third in 18 months, analysts have warned that the impasse might not be broken.

“There is no guarantee that the elections will offer a way out of the political crisis,” Anatol Taranu, a political analyst, told the AFP news agency.

“There is a risk of systemic crisis where parliament cannot elect a president and elections are needed every year.

“This is an absurd situation which has a destructive effect on the country. No-one knows how this situation is going to be overcome.”

The liberals held a referendum in September to alter the constitution to have the president elected through a direct vote, but the turnout failed to meet the minimum required to let the measure pass.

The decision of the four million electorate could also determine whether Moldova maintains its current pro-European course or opts for closer ties with Russia.

The Alliance for European Integration has sought to move Moldova, which has an average monthly salary of $230, closer to mainstream European institutions since coming to power.

It is trying to make itself eligible for EU membership by improving its infrastructure and government services through funding and aid projects from abroad.

“The only true chance for Moldova is to continue with the reforms that have begun and which are supported by its external partners – the EU, the United States, the IMF and the World Bank,” Vlad Filat, the prime minister, told the Reuters news agency ahead of the vote.

“Our main aim is not to allow the return of Moldova to the past.”

However, Russia is likely to be watching for the emergence of a left-centrist coalition, including the country’s communist party, after a gradual slide in relation between the two nations under the Alliance.

Moldova relies exclusively on Russia for its gas, but it fell foul of Moscow when Mihai Ghimpu, the acting president, included a “Day of Soviet Occupation” in the political calendar.

Russia responded with restrictions on imports of Moldovan food, including wines which are Moldova’s main export earner. 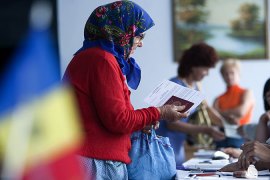 Low voter turnout fails to break political impasse that has left Europe’s poorest country without president for a year. 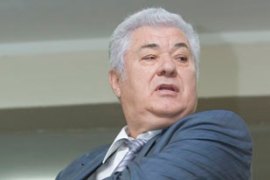