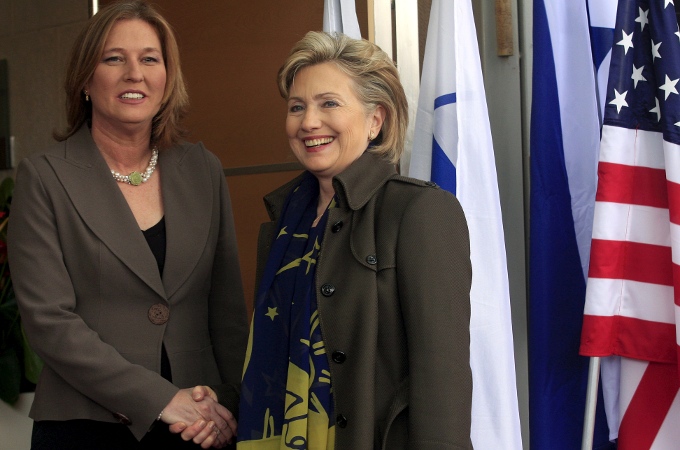 The leader of Israel’s main opposition party “doubts” that Palestinian president Mahmoud Abbas would agree to a peace treaty, and the Egyptian government has applied pressure to isolate Hamas, according to several US diplomatic cables released on Sunday.

One document describes a January 2008 meeting between US senator George Voinovich and Omar Suleiman, the Egyptian intelligence chief. Suleiman said that a Palestinian state would be formed in “between 1-3 years” – a prediction that will almost certainly prove too optimistic.

He also seemed uncertain about the odds of a reconciliation deal between Hamas and Fatah. Talks between the two rival Palestinian groups have been stalled for years.

“The bottom line for Hamas, according to Suleiman, is that they must be forced to choose between remaining a resistance movement or joining the political process. They cannot have it both ways, he said.”

Suleiman goes on to say that Cairo will “keep pressure” on Hamas. “Egypt, he said, wants Hamas isolated.”

Another cable states that Tzipi Livni, the head of Israel’s Kadima party, is sceptical that Abbas would be willing to sign an agreement creating a Palestinian state.

“Livni’s policy adviser has confirmed to us that she has engaged in her own discrete discussions with Palestinians, but very much in an exploratory mode. Livni told Senators Kerry and Dodd that she doubted that a final status agreement could be reached with Abu Mazen, and therefore the emphasis should be on reforming Fatah so that it could beat Hamas at the polls.”

Livni’s private view of Abbas was harsh, but it also mirroredd her public positions: She called him “no longer relevant” in an interview in February 2006.

The Livni assessment comes from a January 2007 cable written by Richard Jones, the then-US ambassador in Jerusalem. Jones went on to discuss what he called “shifting views on Syria” within the Israeli government.

“[T]hey continue to insist that no negotiations will be possible until Syria reduces its support for terrorism and/or takes direct steps to secure the release of Israeli prisoners held by Hamas and Hizballah.”

“[…] A significant part of the security establishment, however, appears to be reaching the conclusion that it is in Israel’s interest to test [President Bashar al] Asad’s intentions — possibly through the use of a back channel contact — and to seek to wean him away from Tehran.”

Syria and Israel did carry out negotiations for several months in 2008; the talks were mediated by Turkey. But they were suspended following Israel’s month-long war in Gaza in December 2008.