France’s Nicolas Sarkozy is not known for his self-control, but calling journalists paedophiles is, arguably, a new low.

The comments, reported by the magazine L’Express on Monday, were an apparent attempt at irony by the French president, in response to a journalist who had asked about his role in allegedly overseeing illegal kickbacks in the Karachi affair. He was criticising the media’s use of secret sources and what he sees as a willingness to report on political scandals without proper verification:

After the briefing, the Elysée tried to insist the comments were off-the-record, no doubt realising that the joke could be understood in a different light by journalists.

Given a string of suspicious burglaries targeting French reporters working on politically-loaded investigations, not to mention allegations that Sarkozy has personally given the order for journalists to be spied upon, his comic timing could be considered a little off.

The most recent robbery was on Saturday night, at the offices of the leftwing Rue89 news website in Paris. Whether or not the theft of around 20 computers is linked to three other burglaries involving media organisations is not yet clear.

Coming in the context of what Reporters Without Borders (RWB) has called a war on investigative journalism, however, the latest incident can only fuel suspicions that the government is resorting to increasingly repressive methods to silence the press.

In September, the daily newspaper Le Monde accused the Elysée of illegally spying on it to uncover an anonymous source who was leaking information to Gérard Davet, its journalist investigating the Bettencourt-Woerth illegal campaign financing case.

Then came the theft of Davet’s computer and a GPS device which stored a record of his movements from his home. The computer of Hervé Gattegno, a journalist for Le Point magazine was stolen on the same night, October 21. Earlier that month, two laptops and CDs had been stolen from the offices of Mediapart, another online news organisation.

All the stolen material belonged to journalists working on either the Karachi or the Bettencourt-Woerth cases.

France’s powerful domestic counterintelligence agency, the Central Directorate for Internal Intelligence (DCRI), stands accused of obtaining the phone records of David Sénat, an advisor to the justice minister, who the authorities suspect of leaking information to Le Monde.

Sénat has since been exiled, Soviet-style, to French Guyana.

Le Monde has filed charges for a breech of its right to protect its sources, while Sénat is launching his own judicial attack on Brice Hortefeux, the interior minister.

The newspapers filed a second set of charges in October, after learning that Philippe Courroye, the state prosecutor in charge of the investigations into the Bettencourt-Woerth affair, had requested the phone records for two of its reporters so that he could uncover their sources, without having asked their permission, as required by law. Courroye, already under fire for being too close to the president and his minister, Eric Woerth, both implicated in the scandal, was promptly removed from the case.

Claude Angeli, Le Canard‘s editor-in-chief, wrote that Sarkozy phones Bernard Squarcini, the head of the DCRI, every time a journalist pens an article touching on topics he considers out-of-bounds to ask that that journalist be monitored.

Squarcini, the article continued, does not savour his KGB-esque role and would rather focus on genuine matters of national security. Yet at Sarkozy’s whim, a special team has been created within his agency to seek detailed phone bills of the supposedly rogue journalists.

Bernard Kouchner, the foreign minister, also sought the team’s expertise to (unsuccessfully) find out which of his staff members was leaking information on Afghanistan to Le Canard, the paper reported last week.

Mediapart has also made allegations of spying and financial meddling in its affairs.

The opposition Socialist Party and the National Journalists’ Union are calling for a serious investigation to be opened, but the authorities have preferred to respond with denials and lawsuits.

Squarcini is suing Le Canard for defamation, and Claude Guéant, the presidential chief of staff, is taking Mediapart to court.

But Angeli said the threat to take the battle to the courtroom is “absolutely not worrying”.

The paper still has not received any notification of the suit. Squarcini’s lawyer warned other journalists that suits will be filed every time the media repeats the allegations, but Le Canard has published three more articles since he made that threat.

Angeli says that they are confident of their information, which comes from the heart of the DCRI. And there might be more to come.

“We’re saving that for the courtroom,” he laughed.

RWB says the libel suits are a form of intimidation.

“We don’t understand why those political representatives, instead of giving an explanation, have decided to attack journalists in front of the judiciary system,” Elsa Vidal, the head of RWB’s European desk, said. “We are speaking about high-level investigative journalists that are not usually advancing their theories or hypotheses without founded sources.”

Saturday’s robbery at the Rue89 offices could well be a simple case of criminally-motivated threat, says Vidal, but suspicions are high given so many similar incidents and it can only fuel the sense of insecurity for journalists and their sources.

“The real issue is what is the nature of this robbery – straightforward robbery, data theft or intimidation,” Pierre Haski, the site’s editor-in-chief, said.

Data theft is the least likely possibility, he says, because in the wake of the other recent robberies and spying allegations, French journalists have become careful about how they store information.

“Most journalists working on sensitive issues take that kind of precaution now,” he said, referring to the current climate.

That leaves intimidation or simple materially motivated burglary. While there is no evidence so far to clarify what motivated the robbery, police told Haski that it was unusually well organised, and that it was a high-risk operation for relatively little material gain.

Under French law, private phone records can only be accessed by filing a request with an independent body, the National Commission for the Control of Security Intercepts (CNCIS).

Bypassing the CNCIS to obtain telephone records directly from phone companies – as both the DCRI and Courroye are accused of doing – is reserved strictly for cases of terrorism.

The CNCIS itself declared that police had illegally obtained Sénat’s phone records. There is also an issue over why French phone operators are so willing to hand over this information when the requests are clearly illegal.

Indeed, the leapfrogging of checks and balances has apparently become so routine that CNCIS was pushed to publically reclaim its legal role in a statement issued in September, reminding authorities that “it’s forbidden for [government] services to directly approach [phone] operators for requests for services which fall under the domain of the commission”.

François Fillon, the French prime minister, has half-defended, half-denied the secret services’ surveillance of journalists and their sources, arguing before parliament that “there is no conspiracy, only the national interest”.

But those denials ring hollow, especially since France Info, a public radio station, revealed on November 10 that a memo from Fillon’s own office was sent to the interior ministry last month to remind them that requesting copies of people’s phone bills directly from telephone companies is illegal.

That some public servants apparently find it hard to distinguish between investigative journalism and terrorism is all the more concerning when two of the most notorious “terrorist” attacks of the past 20 years involving French civilians are currently being examined by the judiciary.

Both the Karachi affair and the case of the killing of the monks of Tibéhirine in Algeria hinge on allegations that French authorities actively participated in cover-ups, leading the public to believe armed “Islamist” groups (respectively al-Qaeda and the Armed Islamic Group) had murdered their fellow citizens in acts of jihadist brutality. There is growing evidence to contradict these claims and allegations that many members of the political class are directly implicated in the falsifications.

All of which leaves the distinct impression that France’s political elite has formed a rather self-interested definition of terrorism.

In an interview with Le Point, Gérard Davet said it has become much harder to find sources willing to discuss the Bettencourt-Woerth affair in the wake of the spying allegations and burglaries.

“The state has found a way to insidiously violate journalists’ secret sources,” he told the magazine.

Likewise, Haski told Al Jazeera that while journalists are not intimidated, their sources are.

“The purpose [of the authorities’ campaign] is to send a strong message to those working inside the state apparatus not to leak information to journalists,” he said.

“Yes people are more cautious. People who would speak to you on the phone quite openly are now sending an SMS from another phone and arranging secret meetings.”

Sarkozy’s fantasy: journalism on its knees

So what would journalism look like if Sarkozy has his way? Passive, compromised and on its knees before him, if the rare televised interviews he gives to handpicked journalists are anything to go by.

Journalists worried about the prospect of having their movements tracked on GPS or their sources sent to South America could follow the example of France 2‘s David Pujadas in his interview with the president last Tuesday:

No pesky journalistic doggedness or embarrassing revelations in sight. “The president’s tone is not that of a statesman,” Angeli said. “He uses completely ridiculous methods.”

“If you get people to laugh on the backs of journalists, you’re the winner, and that’s what he did,” Haski said of last week’s interview.

The few interviews the president has given have followed this Elysée-engineered format, he notes, and Sarkozy has only given two real press conferences since taking power in 2007.

Sarkozy, Haski adds, has “studied very closely” the media strategy used by the Blair government: keeping the media busy by setting the agenda. On issues like the Roma and immigration, which the government has exploited since the regional elections in a bid to recapture the far-right electorate, television journalists have proven to be particularly willing to follow the agenda, he said.

The new period for rankings began on September 1. Vidal said that if current trends continue, France’s ranking for next year is likely to drop further.

French journalists have fought “a long battle” to carve themselves a space free from government intervention, Haski observes. Under Sarkozy’s government, however, there has been a serious backslide to the bad old days.

“We now have a president who is probably the most active ever in media affairs,” Haski said.

“But it is a paradox that France is using methods which were the monopoly of authoritarian regimes, until now.” 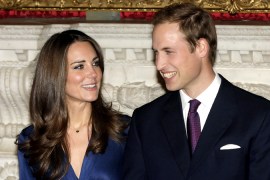 What is it about the British royal family that makes an engagement headline news from New York to Bangkok?