South Korean protesters demanding a harder line against neighbouring North Korea have on Saturday scuffled with police outside the defence ministry in the capital, Seoul.

The demonstrators, former members of the “Underwater Demolition Team,” set off fire extinguishers and waved sticks as they called on the government to take action after four people were killed as a result of North Korea shelling of Yeonpyeong island, near the disputed Yellow Sea maritime border.

“We can not help expressing our anger about the behaviour of the defence ministry and the government in general that failed to take due retaliatory action,” they said.

Elsewhere in the city on Saturday, about 1,000 Marine veterans gathered, burning a North Korean flag along with a picture of Kim Jong-Il, the North Korean leader, and his son Kim Jong-un.

“We cannot tolerate North Korea’s barbarous provocation any more. We ex-Marines will lead the rally to show our decisiveness to punish North Korea. That’s why we are here,” Ahn seung-choon, a protest leader, said.

Lee Kwang-Sun, a retired Marine, said that the veterans were prepared to return to active duty if their nation called on them.

“We are ready to rush to the frontline if we are asked to do so,” he told the AFP news agency.

Two Marines stationed on Yeonpyeong were among those killed after scores of North Korean shells rained down on the tiny island on Tuesday. Dignitaries and relatives paid tribute to Sergeant Seo Jeong-woo and Private Moon Gwang-wuk as they were laid to rest on Saturday.

“There is a lot of nationalism now on the streets, particularly here in Seoul,” Al Jazeera’s Marga Ortigas, reporting from the South Korean capital, said.

“The South Korean government has faced a lot of criticism for what many people see as their lacklustre performance in terms of retaliating for the North Korean attack.

“On the other hand there is also a large section of South Korea’s population who think this all getting much too heated. What they want want is for the government to find another more peaceful way to re-engage with North Korea.”

South Korea’s Marine commander on Saturday vowed “thousand-fold” revenge on North Korea for the deadly bombardment of the island.

“All Marines, including Marines on service and reserve Marines, will avenge the two at any cost, keeping today’s anger and hostility in mind,” Lieutenant General Yoo Nak Joon said.

“We will put our feelings of rage and animosity in our bones and take our revenge on North Korea.”

South Korea is preparing for joint military manoeuvres with the US beginning on Sunday. The US is sending a nuclear-powered aircraft carrier to South Korean waters for the military drills in the Yellow Sea.

The North, which sees the drills as a major military provocation, unleashed its anger over the planned exercises in a dispatch on Friday.

“The situation on the Korean peninsula is inching closer to the brink of war,” a statement in the North’s official Korean Central News Agency said.

North Korea’s army and people are “now greatly enraged” and “getting fully ready to give a shower of dreadful fire,” it said.

China, which has been urged to use its influence over North Korea to calm the situation, has also criticised the planned war games, prompting the US to state they were “not directed at Beijing”.

Pyongyang has blamed Seoul for Tuesday’s exchange of artillery fire, saying that it responded to South Korean shelling. South Korea’s military has acknowledged it was carrying out live-fire exercises in the area, but says they were not aimed in North Korea’s direction. 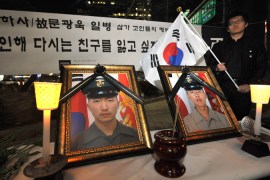 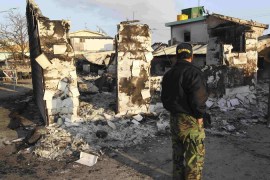 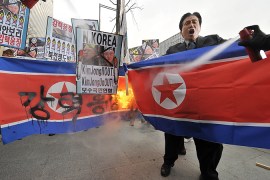 UNGA votes overwhelmingly to condemn US embargo on Cuba