In today’s fast-paced culture poetry readings can seem a little old-fashioned. But the faithful fans of Mourid Barghouti who recently gathered in Doha, Qatar, to hear the Palestinian poet were treated to an evening that was anything but quaint.

The author holds a unique position in the Palestinian diaspora. His book, I saw Ramallah, is a seminal work. First published in Arabic in 1997, it has since been translated into many different languages and won him global acclaim. It is in turns warm and touching, funny and politically charged. The Palestinian intellectual Edward Said described it as “one of the finest existential accounts of Palestinian displacement we now have”.

Reading passages from his book to the mainly Arab men and women who have gathered, he punctuates each line with hand gestures. The crowd applauds, but Barghouti says that in the years since his book came out, Palestinians have had little to be cheerful about. “Things have deteriorated badly and at rapid speed. Our leadership is mishandling almost every issue related to our cause,” he says.

Like many of his generation Barghouti witnessed key events in Arab history. In 1967, he went to Egypt to study. But when the Six Day War broke out he found himself exiled – unable to return to his Palestinian homeland.

The experience of exile has informed his writing. “I am [a] product of my small family, of the wider Barghouti family and of the Barghouti name, and that is what I write about,” he says.

“Since I was child I wanted to make my idea known, whatever the price …. I used [to] write it in poetry, in prose, in articles.”

Barghouti has never shied away from politics, but neither has he been drawn into the political party system. His ideas did not make him popular with everyone, but he says “what’s noble about being in the opposition is not to regret it”.

He is critical of the language applied to geography. “I do not call it the West Bank,” he explains. “The intention of the Zionist project and the colonial powers was to make Palestine disappear and to be replaced by Israel …. To make the state of Palestine disappear necessitates making the name itself disappear … as if the original thing you refer to disappears.”

His writing, and I saw Ramallah in particular, has a universal appeal. By writing about the specifics of the Palestinian experience, he has managed to capture the nuances of immigrant life.

He says this was more by accident than design. “I am not transmitting a message but it was important for me to realise that people from Pakistan, an African-American, lets us say a man from Poland or other Arab countries say that they found something in this chapter, or in that episode, that they lived exactly the same moment …. This common ground was a result of the book, not the purpose of it. It surprised me actually …. Even a Chinese poet said to me we have lived this episode as you describe it.”

Barghouti is in Doha to support the work of Fakhoora, an organisation that was set up in the aftermath of Israel’s war on Gaza to provide Gazan students with an education. Fakhoora gives scholarships to about 100 students each academic year and for organiser Lubna al-Attiah getting Barghouti on board was key. “His love of the Arabic language, the way he writes, he is a great example to us all,” she says.

But Barghouti is troubled. He feels that in the past few decades culture has suffered and the Arabic language has been under attack. He says: “There are violent interventions in the curricula of schools and universities, pushing aside the importance of the Arabic language. In all of the Arab countries unfortunately, even a person like Hillary Clinton [the US secretary of state] has a say in our educational programmes, what do you expect?”

Ultimately though organisations like Fakhoora are helping. Barghouti regularly sees work by students that heartens him and gives him hope for the future of Palestine. “I had to judge collections of poetry in Ramallah written by students between 21 and 30,” he says. “It’s amazing, they experienced all forms of Arabic poetry, the classical, the traditional, the free verse, the blank verse, the prose poem, I found this brave and amazing.”

Brave and amazing – two words that the crowd leaving the reading used to describe the work of Mourid Barghouti. 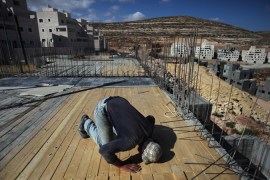 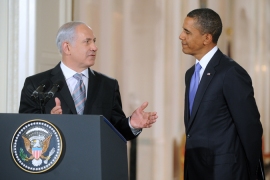 Without adopting a new approach, the Obama administration will fail in its quest to bring peace to Palestine/Israel. 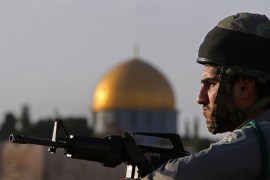 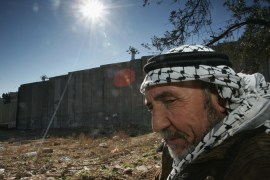 Valleys of Hope and Despair

The story of how Palestinians and Israelis in one West Bank village are working together to preserve water supplies.