Australia has announced new measures to protect southern bluefin tuna stocks, including listing the species as “conservation-dependent” which will help stop overfishing.

Bluefin tuna has come under increasing threat worldwide with conservation groups saying the fish, used in the popular Japanese dish sushi, is on the brink of extinction.

The move comes as the International Commission for the Conservation of Atlantic Tunas (ICCAT), the body governing tuna fishing, deliberated on bluefin fishing quotas in a meeting in the French capital.

The 48-member body is expected to set new quotas before wrapping up on Saturday.

On Friday Tony Burke, the Australian environment minister, said the new listing will entail new management plans, but denied it would restrict fishing.

“While ongoing improvement in management measures are helping to stabilise the population, the breeding population is still considered to be less than eight per cent of unfished levels,” he said.

“It really shows an appalling lack of judgment frankly, you know what the minister has is some scientific advice from his own personal scientific committee,” said Jeffriess.

Australia is a member of the Commission for the Conservation of Southern Bluefin Tuna, a grouping that includes Japan, New Zealand, Indonesia and South Korea and aims to reduce the global catch by 20 per cent over the 2010 and 2011 seasons.

Southern bluefin tuna can grow to more than two metres in length and weigh up to 200 kilogrammes. It is mainly used in the Japanese sashimi market, where a single fish can fetch more than $100,000.

The fish can live for up to 40 years and its only known breeding area is in the Indian Ocean, southeast of Java, Indonesia.

Meanwhile, conservation group WWF teamed up with supermarket chains and restaurants earlier this week to press countries to set stricter fishing regulations for Atlantic bluefin tuna at the Paris conference.

The companies joined the WWF in pressing the ICCAT to take “urgent action” to save the fish, which swims in the Atlantic and Mediterranean, and have pledged to stop serving Atlantic bluefin tuna until the situation improves.

The WWF and other conservation groups want ICCAT members to suspend or dramatically reduce the fishing quotas for the species.

Some fishermen, however, say such a move would lead to job losses and hurt their already suffering business.

Environmental group Greenpeace says tuna numbers have shrunk by 95 per cent since the 1950s. 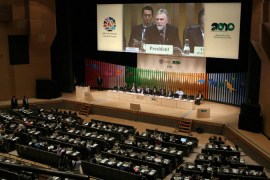 Delegates from more than 190 nations gather in Tokyo to discuss how natural world threatened by pollution can be saved. 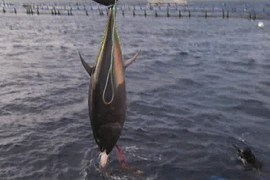 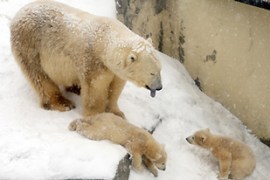 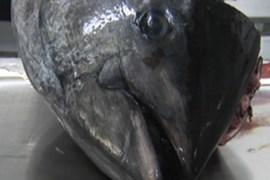 Are wholesale trade bans the best way to protect our species?