An online campaign against new airport body scans – dubbed “pornoscans” by some critics – is expected to see protesters turn up in security lineups at US airports over the busy Thanksgiving weekend.

The head of the US Transportation Security Administration (TSA) says authorities are prepared to deal with any delays brought on by protests over full body scans.

At the same time, John Pistole told a US television show on Wednesday that he hopes angry passengers will not engage in a boycott of the full body scan, which he said would cause disruptions in long lines of passengers awaiting clearance for their flights.

Pistole says TSA screeners “just want to get you through”‘ the safety checkpoints and are doing the jobs expected of them.

Asked about the boycott plan, he said, “There are some unknowns” as passengers arrive at airports. But Pistole also said, “That’s one of the variables that we are prepared to deal with.”

NBC reporter Kristen Dahlgren, reporting from Chicago O’Hare International Airport, told Al Jazeera that  things are moving smoothly at the start of the busy travel weekend, and that the anticapted protests are “a lot of talk”.

The security lines were light and moving quickly, said Dahlgren.

“The fear was that … they might slow down the entire system, and then cause a ripple effect through the system, causing people to miss their connections, or miss their flights” said Dahlgren of the planned protests.

Some travellers plan to show up wearing kilts, while others have been protesting in other ways in recent days. For example, one Seattle blogger performed a striptease at the airport there, saying that she chose to “enjoy” the experience rather than being “scared and humiliated”.

TSA workers have been called molesters and threatened with physical violence in recent weeks, but they say they want Thanksgiving travellers to know they are just doing their jobs – and trying to save lives.

Most passengers are docile at the nation’s airports, though TSA agents say they have dealt with more resistance in recent weeks. One woman headbutted an officer who was searching her laptop. Other screeners report being punched, kicked and shoved during pat-downs.

Some travellers have expressed concern about being exposed to unsafe levels of radiation in the scans, although the TSA says the scanners emit a fraction of the radiation emitted by medical x-ray machines.

Civil liberties activists and security experts alike have criticised the full-body scans for being invasive and ineffective.

An Arkansas man has filed a federal lawsuit against the TSA, claiming that the agency’s new screening rules are detrimental to his “emotional, psychological and mental well-being.”

The lawsuit claims that the new practises violate Dean’s civil rights and his Fourth Amendment right protecting against unlawful searches and seizures. 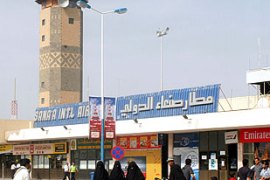 Airport security needs to do a better job of detecting unassembled bombs, the Transportation Security Administration says after an investigation showed bomb-making material had been smuggled through 21 airports.