Divya Gopalan reports on the cross-border exchange of fire between North and South Korea.

South Korea’s president has threatened retaliation against North Korea if there is any further aggression against his country, just hours after scores of northern artillery shells hit a disputed island.

At least two soldiers were killed, and another 19 people injured, on Tuesday in what appeared to be one of the most serious border incidents since the 1950-53 Korean war.

“Given that North Korea still maintains an offensive attitude, I think our army, navy and air force will have to retaliate against any additional provocation with multifold firepower,” Lee Myung-bak, South Korea’s president, said after his government had convened in an underground war room during the incident.

“I think enormous retaliation should be made, to the extent that [North Korea] cannot make provocations again.”

At least two of the people wounded in the artillery fire on Yeonpyeong island, close to a disputed maritime border on the west of the Korean peninsula, were civilians, according to local media.

The South Korean military was placed on its highest state of alert and troops fired back with their own artillery. Sporadic firing by each side continued for more than an hour, according to the South’s military, and fighter jets were deployed to the area.

However, the United States, a close ally of South Korea with about 28,000 military personnel stationed there, said it was too early to consider any military response to North Korea’s attack.

“At this point it’s premature to say that we’re considering any action,” Colonel Dave Lapan, a US defence department spokesman, said.

He said no additional US forces had been deployed to the region as a result of the North Korean artillery barrage.

“We’re still monitoring the situation and talking with our allies,” Lapan said, adding that Washington was “mindful” of which actions might exacerbate or cool tensions on the peninsula.

The US-led United Nations Command (UNC) said on Wednesday it has called for talks with North Korea to calm tensions after the North shelled a South Korean border island.

“UNC has called for general officer-level talks with the [North] Korean People’s Army, through their Panmunjom Mission, in order to initiate an exchange of information and de-escalate the situation,” it said in a statement.

The UNC said it would investigate the incident as part of its responsibility to monitor the armistice which ended the 1950-53 Korean War.

Its commander General Walter Sharp, who also leads 28,500 US troops based in the South, “strongly condemned” the attack on Yeonpyeong island which killed two South Korean marines and injured 15 more, along with three civilians.

“We call upon North Korea to stop these unprovoked attacks and fully abide by the terms of the armistice agreement,” the statement quoted Sharp as saying.

“These actions are threatening the peace and stability of the entire region.”

The general praised the South’s military for its swift moves to protect some 1,600 civilians living on the island.

The “prompt action likely saved the lives of its citizens on the island following the attack,” he said.

“We stand with the Republic of [South] Korea during this crisis, firmly committed to the defence of our ally.”

John Hemmings, a Korea expert from the Royal United Services Institute in the United Kingdom, told Al Jazeera that there was very little pressure that could be brought to bear on Pyongyang.

“In terms of sanctions, I think they have have ramped them up as far as they are prepared to go,” he said.

“There is also no chance of taking any harder sort of military action as Seoul is within artillery range of the border.

“So I think at the moment it is going to be diplomatic pressure, they’ll [South Korea and its backers] probably put their heads together and find some sort of reaction that is a hard one, but doesn’t push them too far towards conflict.”

Up to 70 houses and other structures on the island were set ablaze by the artillery shells forcing residents into underground shelters.

“It was like a war. My house has burned down,” one resident said.

North Korea has blamed its southern neighbours for initiating the exchange of fire.

“We were conducting usual military drills and our test shots were aimed toward the west, not the north,” a South Korean military official said.

Yeonpyeong lies just south of the border declared by United Nations forces after the inconclusive war six decades ago, but north of where Pyongyang considers to be its sea border.

Don Kirk, a Seoul-based reporter with the Christian Science Monitor newspaper, told Al Jazeera that after the initial shock of the news of the artillery exchange life largely returned to normal in the South Korean capital.

“People are going about their business, this is a very commercially-inclined culture here, it is also a very high-tech culture … they don’t really like to focus on North Korea.

“They sort of think that problem is far away … the general sense is this will calm down, life will go on as usual its just another episode.

“Whether that is true or not we’re not totally sure as the South Koreans are supposed to stage more exercises out there in the Yellow Sea and its possible North Korea will choose to attack again.”

The firing comes after Kim Jong-un, the little-known youngest son of Kim Jong-il, was officially recognised as number two in North Korea’s political system, clouding outsiders’ view of its military and nuclear intentions.

Professor Kim Yong-hyun of South Korea’s Dongguk University said North Korea had staged an “intentional provocation to heighten cross-border tensions” and to unify its people during the leadership succession.

“It is also sending a strong message to the United States and the international community that the peninsula urgently needs a peace regime,” to replace the uneasy 1953 armistice, he said.

The latest crisis also erupted as a US special envoy headed to China on Tuesday to seek its help in curbing North Korea’s new nuclear project, revealed to US experts who described a sophisticated programme to enrich uranium. 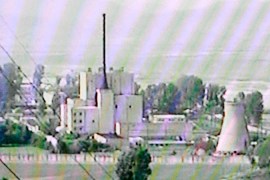 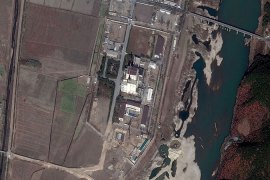 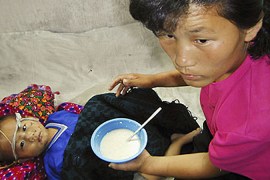