Meles Zenawi, the Ethiopian prime minister, has told Reuters that Egypt could not win a war with Ethiopia over the Nile river.

In an interview on Tuesday, Meles also accused Egypt of trying to destabilise his country by supporting several small rebel groups, but said it was a tactic that would no longer work.

“If we address the issues around which the rebel groups are mobilised then we can neutralise them and therefore make it impossible for the Egyptians to fish in troubled waters because there won’t be any,” he said.

“Hopefully that should convince the Egyptians that, as direct conflict will not work, and as the indirect approach is not as effective as it used to be, the only sane option will be civil dialogue.”

In response, Egypt said it was “amazed” by Ethiopia’s suggestion that Cairo might turn to military action in a row over the Nile waters, saying it did not want confrontation and that it was not backing rebels there.

“I’m amazed by the language that was used. We are not seeking war and there will not be war,” Ahmed Aboul Gheit, the Egyptian foreign minister, told Reuters during a visit to Abu Dhabi.

In a statement, the minister said the “charges that Egypt is exploiting rebel groups against the ruling regime in Ethiopia are completely devoid of truth.”

Egypt, Ethiopia and seven other countries through which the Nile river passes have been locked in more than a decade of contentious talks driven by anger over the perceived injustice of a previous Nile water treaty signed in 1929.

Ethiopia, Uganda, Tanzania, Rwanda and Kenya signed a new deal to share the waters in May, provoking Egypt to call it a “national security” issue.

Meles said he was not happy with the rhetoric coming from the Egyptians but dismissed the claims of some analysts that war could eventually erupt.

“I am not worried that the Egyptians will suddenly invade Ethiopia.

“Nobody who has tried that has lived to tell the story. I don’t think the Egyptians will be any different and I think they know that,” Meles said.

Egypt, almost totally dependent on the Nile and threatened by climate change, says the Nile waters feed a farm sector accounting for a third of all jobs. Cairo is wary of dam construction in upstream countries that could affect flows.

Ethiopia has built five huge dams on the Nile in the last decade and has begun work on a $1.4bn hydro-power facility.

Hossam Zaki, the Egyptian foreign ministry spokesman, said it was “regrettable” that Ethiopia and other states had sought a new agreement.

“Egypt is firmly behind its legal and political positions on the issue of the Nile water,” Zaki said, adding that Egypt had pursued dialogue and co-operation on the use of the Nile’s water.

The five signatories of the new deal have given the other Nile Basin countries one year to join the pact before putting it into action. Sudan has backed Egypt while Democratic Republic of the Congo and Burundi have so far refused to sign. 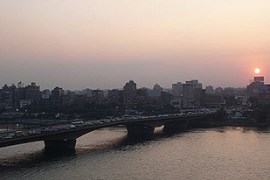 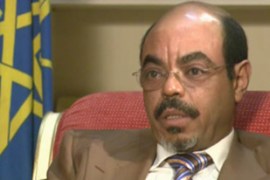 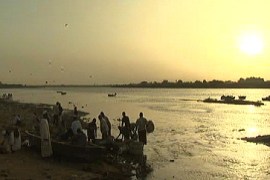