Progress has been “uneven” in the war in Afghanistan, with only modest gains against the Taliban despite a surge of US and Nato troops, the Pentagon has said.

All types of violent incidents in the country had increased from April through the end of September, up 300 per cent from 2007, except for the use of roadside bombs, the Pentagon said in a report issued to Congress on Tuesday.

“Progress across the country remains uneven, with modest gains in security, governance, and development in operational priority areas,” it said.

The report contrasts public declarations from senior officials and military leaders, who have touted encouraging signs and said the US military has gained the initiative on the battlefield.

The Pentagon described limited progress by the Nato-led force in the southern provinces of Helmand and Kandahar, longstanding Taliban bastions that have been the focus of an influx of 30,000 American
troops this year.

“While kinetic activity is at a historic high, we are seeing some early indications that comprehensive COIN (counter-insurgency) operations are having localised effects in portions of Helmand and Kandahar Provinces,” the report said.

Despite the presence of nearly 100,000 US troops and nearly 50,000 other foreign forces, efforts to cut off Taliban safe havens and supply links to neighbouring Iran and Pakistan “have not produced measurable results,” according to the report, which covered April to September.

While Nato and Afghan forces have “increased pressure on insurgent networks over the past several months, the insurgency has proven resilient with sustained logistics capacity and command and control,” the Pentagon said.

Taliban “retains momentum in certain areas” while in others the momentum was shifting in favour of Afghan and Nato-led forces, it said.

One senior defence official, who asked not to be named, told journalists that the report focused on conditions through September and did not reflect “important progress” in recent weeks in military
operations surrounding Kandahar city.

The report cited the training of Afghan security forces as “one of the most promising areas of progress,” with the Afghan army and police reaching recruitment goals in July, ahead of an October target.

The quality of the Afghan forces and a high attrition rate remained cause for concern, however, according to the report, which was written in coordination with intelligence agencies, the state
department and other government departments.

Barack Obama, the US president, has promised to begin withdrawing US troops by July 2011 and Nato plans to leave by the end of 2014. 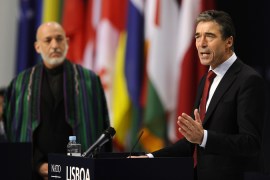 Leaders meeting in Lisbon back plans to hand over military command in Afghanistan to local government by 2014. 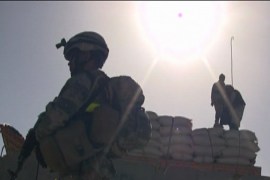 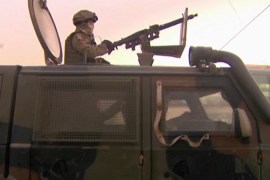