Efforts to rescue 29 New Zealand coal miners trapped underground have suffered another setback as a robot broke down inside a tunnel.

Gary Knowles, a police official, said the robot sent in to transmit pictures and assess toxic gas levels on Tuesday was damaged by water.

Authorities were seeking other such robots from Australia and the US to replace the broken one, he said.

“Toxicity is still too unstable to send rescue teams in,” he said.

A buildup of methane gas is the suspected cause of Friday’s explosion in the Pike River colliery on the west coast of South Island. The presence of that gas and others are delaying the rescue operation because of fears they could still explode.

There has been no contact with the men since the blast.

Aged 17 to 62, they each carried an emergency supply of up to an hour’s oxygen. More fresh air was stored in the mine, along with food and water.

Officials have said it is possible the men could have found a pocket of clean air, but that possibility has looked increasingly remote as every day passes without any rescuers being able to enter the mine.

Family members have expressed frustration with the pace of the response as officials acknowledge it may be too late to save the miners.

“This is a very serious situation and the longer it goes on, hopes fade,” Knowles, the police official, said.

A diamond-tipped drill is being used to drill a 160-metres shaft to sample gas levels and determine if it is safe for rescuers to move in. But the drilling team had hit “very hard rock” overnight, according to Knowles.

He said rescuers planned to drop a listening device down the hole to see if they could hear anything, such as tapping sounds that might indicate that the miners are still alive.

Those trapped include a teenager who was so excited about his new job he persuaded mine bosses to let him start his first shift three days early – on the day of the gas explosion – his mother told local media. 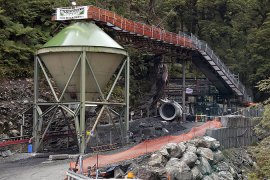 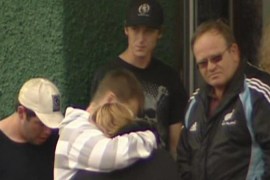 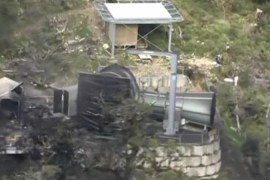