Sue Turton reports from Kabul on the dangers children face there on a daily basis.

Children in Afghanistan’s cities may be safer than those in New York and London, Nato’s top civilian envoy to Afghanistan has said.

Mark Sedwill said that Kabul, the Afghan capital, is like a “network of villages” where children may well be safer than in Western cities, despite the dangers posed by the war.

The senior civilian envoy made the comments in response to a question on a BBC children’s programme, when Sedwill was asked about reports from children in Kabul who said they felt unsafe on the streets because of the risk of bombs.

“In Kabul and the other big cities, actually, there are very few of those bombs,” Sedwill said, adding; “The children are probably safer here than they would be in London, New York or Glasgow or many other cities.”

He said most children, even in places like the Taliban stronghold of Kandahar, go about their daily lives in safety. “So it is a little bit like a city of villages,” he said.

The comments are part of an interview on CBBC’s Newsround that features in a two-part series exploring the lives of children in Afghanistan.

A report from the United Nations Children’s Fund (Unicef) in November 2009 said Afghanistan was the world’s most dangerous place to be born.

The central Asian country has the highest infant mortality rate in the world, where one in five children dies before the age of five.

Justin Forsyth, chief executive of Save the Children, said Sedwill’s comments were “wrong or misleading”.

“We should be listening to what children in Afghanistan are saying. Last year was the deadliest for children since late 2001, with more than 1,000 killed because of the conflict.”

“But it’s not just about the bombs. A staggering 850 children die every day, many from easily preventable diseases such as diarrhoea or pneumonia, or because they are malnourished,” Forsyth said.

Violence across Afghanistan is at its worst since the Taliban were overthrown by US-backed Afghan forces in late 2001, with civilian and military casualties at record levels.

While coalition and Taliban forces normally target each other, civilians are often caught up in the attacks as bystanders.

A total of 74 children were killed in the first half of the year by homemade bombs or in suicide attacks, an increase of 55 per cent for the same period in 2009.

Attacks include mysterious apparent gas poisonings that have been blamed on Taliban fighters opposed to girls’ education, which was banned under Taliban rule. Girls also have had acid thrown in their faces while walking to school by Taliban members.

At least five million children are currently out of school, most of them girls, and 40 per cent of the Afghan population is estimated to be living in poverty.

Unicef is calling on the Afghan government to implement a comprehensive Child Act that is in line with the Convention of the Rights of the Child. The 1989 convention is a legally binding instrument that incorporates a full range of human rights.

“We are acutely aware of the difficulties facing the government of Afghanistan in trying to improve the rights of Afghan children […],” Peter Crowley, the Unicef representative, said.

“Governments are the principal custodians of children’s rights and the government of Afghanistan needs to commit to implementing a complete legal framework to fully protect all children.”

Sedwill later issued a clarification of his remarks, admitting that his point “wasn’t very well put.”

“I was trying to explain to an audience of British children how uneven violence is across Afghanistan,” he said. “In cities like Kabul where security has improved, the total levels of violence, including criminal violence, are comparable to those which many western children would experience.” 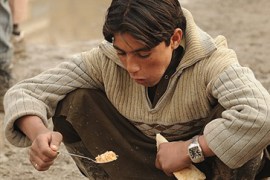 Hypothermia and other preventable conditions hitting Afghanistan’s most vunerable. 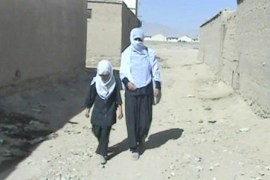 Children are being denied education as Taliban attacks force many schools to close. 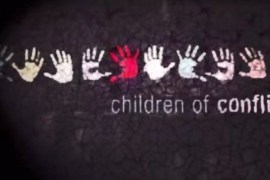 This four part series explores the lives of children who have grown up in conflict zones.

Attacks on schools in Afghanistan have increased sharply over the last year, a report from Unicef, the United Nations children’s agency, said on Friday.