A US company will test human embryonic stem cells to treat blindness in a bid to examine how the controversial procedure works in humans.

Bob Lanza, chief scientific officer at Advanced Cell Technology said that the process has been tested on rats and mice and has been found to halt the progressive disease without causing tumors or other side effects.

“These cells have been really performing quite spectacularly in the animals. If we can see that in the human patients we will hit a home run here,” Lanza said.

The trial was allowed to go ahead after the US Food and Drug Administration cleared its application to start a phase I study.

Only 12 adult patients will participate in the trial that could help treat patients with a common form of vision loss that can affect children as young as six. These patients do not expect to have their vision restored as the test’s main objective is to gauge safety.

The experiment would eventually be carried out on younger patients to see if it can prevent blindness.

A similar trial was initiated in October by another company, Geron Corp, the first of its kind to test human embryonic stem cells in patients with spinal cord injuries.

Scientists believe that the use of embryonic stem cells as a treatment for diseases such as cancer holds great promise, but the process has been opposed by religious conservatives.

Embryonic stem cell research is a controversial process as it involves destruction of human embryos in order to obtain the cells that are capable of developing into almost every tissue of the body.

The latest treatment involves injecting the retinal cells derived from human embryonic stem cells, into the eyes of patients with Stargardt’s Macular Dystrophy, a disease which affects around 25,000 people in the United States.

Patients often experience blurry vision, difficulty seeing in low-light and eventually most lose their ability to see at all. The disease can be inherited by a child when two parents carry the gene mutation that causes it.

Researchers expect to see results in real-time due to the use of high resolution instruments that allow them to track the cells in the eye, with an assessment of the progress possible within six weeks.

The company has said that as the trial has never been done before, it is difficult to know the results. 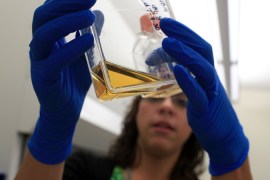 Doctors have started a landmark clinical trial to use embryonic human stem cells to treat a man’s spinal injury. 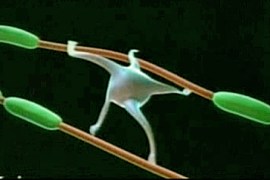 Video: US divided over stem cells 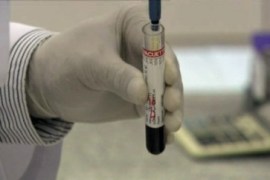 Thai hospitals offer a radical stem cell therapy not approved in the US or Europe.