Jean-Pierre Bemba, former vice-president of the Democratic Republic of Congo, has gone on trial for rape and murder allegedly committed by his troops in the neighbouring Central African Republic (CAR).

The 48-year-old pleaded not guilty as the trial began at the International Criminal Court (ICC) in The Hague on Monday afternoon.

Bemba is charged with three counts of war crimes and two counts of crimes against humanity for the alleged atrocities by about 1,500 fighters of his Congolese Liberation Movement (MLC) between October 2002 and March 2003.

Luis Moreno-Ocampo, the International Criminal Court chief prosecutor, said in his opening statement that Bemba had “knowingly permitted” his troops to commit hundreds of rapes, pillaging and killing.

“Groups of two or three soldiers invaded houses, one by one. They raped women … regardless of their age. When civilians resisted, they were killed,” he said.

“The massive rapes were not only sexually motivated, they were crimes of domination and humiliation, directed against women but also against men with authority.”

Bemba is the most senior political leader to be detained so far by the ICC.

“It is the first time in the history of international justice that a military commander is on trial on the basis of indirect criminal responsibility for rapes committed by his fighters,” an official in the prosecutor’s office told the AFP news agency.

The case, which is expected to continue for months, should serve as an “example” for others who lead fighters in war, he said.

Jonah Hull, Al Jazeera’s correspondent in The Hague, said the defence team told a pre-trial news conference that the court was likely to see “the most unfair trial in the history of international justice”.

“[The defence] said that Bemba in essence had no command of his forces once they crossed the border into the Central African Republic and that ultimate responsibility lies with Ange-Felix Patasse, the then-president of the CAR, who invited Bemba’s forces in to put down a coup in the first place.”

But Moreno-Ocampo told told a news conference that “the evidence shows that the troops were always under the authority and command and control of Jean-Pierre Bemba”.

“The MLC is the army of and owned by Jean-Pierre Bemba,” he said.

“Bemba created it, to make money and to make power … and that is the point for us: you will not make money or power by committing atrocities. You will be jailed.”

So far, 759 victims have been authorised to participate in the trial, with a further 500 applicants for the court to consider, a registrar said.

“It’s the first time in the history of international justice that such a large group of people has been authorised to participate,” Paolina Massidda of the ICC’s office of public counsel for victims was quoted by AFP as saying.

Prosecutors say that about 400 rapes were recorded in Bangui, the capital of the CAR.

These were carried out during five months of fighting as the MLC helped Patasse resist a coup led by Francois Bozize, the current CAR president.

Bemba fled DR Congo in 2007, after coming second to Joseph Kabila in a presidential election and subsequently refusing to disband his armed group. The decision led to clashes that left hundreds dead.

The former vice-president was arrested in Brussels in May 2008 on an ICC warrant. The court was asked to take the case by Bozize. 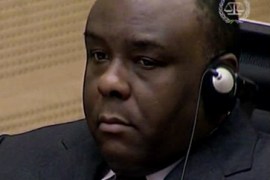 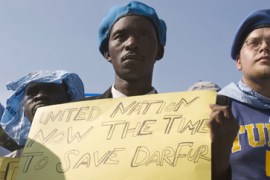 Explained: the International Criminal Court, what it does and how it is organised. 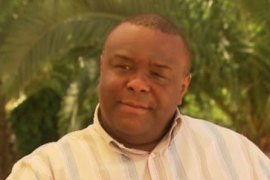