Iraq’s legislators have headed back to parliament for what was expected to be a lacklustre session that will not address the key decisions on who will run the new government.

Instead, Iraq’s 325 members of parliament were expected only to discuss internal parliamentary bylaws and forming legislative committees during the session that began in the early afternoon on Sunday.

A power-sharing agreement designed by Iraq’s Kurdish leaders has assured that al-Maliki, a Shia, will remain prime minister even though his State of Law political bloc did not win the most votes in the March 7 parliamentary vote.

A Sunni-backed but secular alliance known as Iraqiya won the most seats in the election, and its leader, Iyad Allawi, the former prime minister, has worked against al-Maliki to prevent him from forming a government.

Allawi was never able to gain enough support to put himself in the prime minister’s office, however, and Iraqiya signed off on the power-sharing agreement.

The agreement returns both al-Maliki and Talabani to power and gives Iraqiya the parliament speaker’s post, which went to Osama al-Nujaifi, a Sunni legislator.

Allawi was meant to head a council that is intended to serve as a counterweight to al-Maliki, but he has said that he will not take a post in the new government, calling into question role of the council.

Al-Dabbagh said Iraqiya has a “very important” role in the new government but did not know what Allawi intended to do.

“There are no positive signals from him,” al-Dabbagh said.

After Talabani officially asks al-Maliki to form the government, the prime minister has 30 days to assemble his cabinet – a painstaking process in Iraq’s complicated political map. 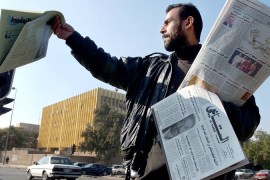 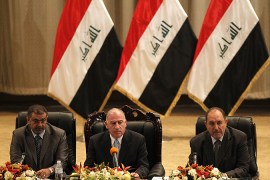 Barack Obama stresses need for representatives from all winning blocs to hold leadership posts in the new government. 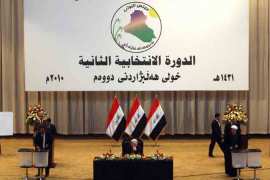 Lawmakers have chosen a new speaker of parliament but have a month to fill the government’s vacant cabinet positions.