Kosovo’s parliament has voted overwhelmingly to oust the governing coalition led by Hashim Thaci, the prime minister, setting the stage for its first elections since it declared independence from Serbia in 2008.

Jakup Krasniqi, Kosovo’s interim president, immediately dissolved parliament on Tuesday and announced that elections would be held on December 12.

Earlier, parliament had adopted the motion of no-confidence with 66 votes in favour, one against and two abstentions.

According to the Kosovo constitution, passing a no-confidence vote triggers snap elections to be held within 45 days.

The landlocked Balkan country has already been swept by political turmoil in recent weeks following the resignation of Fatmir Sejdiu, Kosovo’s president.

Hailing the vote as a new beginning, Thaci said: “The voting of members of the parliament is a vote for the future of Kosovo.

“It is a responsible decision that will mark a new beginning for the state of Kosovo.”

Kosovo entered political deadlock when Sejdiu resigned in September after a court ruled he could not simultaneously be a party leader and the head of state.

His Democratic League of Kosovo (LDK) party, which had ruled in coalition since independence, quit the government, depriving it of a parliamentary majority.

The LDK had been the junior coalition partner with Thaci’s Democratic Party of Kosovo (PDK) until Sejdiu resigned and pulled his followers out of government, following the court ruling.

The early elections are likely to delay the start of European Union-sponsored talks with Serbia on improving the two countries’ poor relations and delay privatisation of state-owned companies.

Serbia does not recognise the independence of its former province where a minority of the population are Serbs, complicating daily life and the long-term path to the EU for both countries. 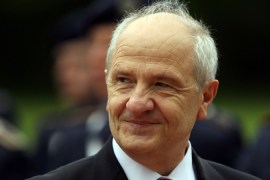 Fatmir Sejdiu has resigned following a court ruling that he violated the constitution. 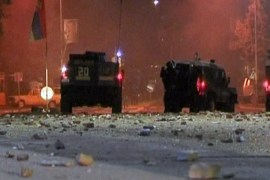 Clashes in divided Kosovan city of Mitrovica between ethnic Serbs and Albanians after Serbia was beaten in Basketball. 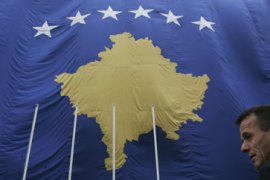 Life of Albanians and Serbs in Mitrovica that Serbia does not want to gain independence. Key dates in the history of Europe’s nation whose indpendence is not wholly recognised.