Mahinda Rajapaksa has been sworn in as president of Sri Lanka for a second six-year term in office, two months after a constitutional revamp that boosted his executive powers.

He began his new term on Friday in a strong position with his personal popularity running high, family members in key government positions, the opposition divided and his only serious political rival in prison.

However, hundreds of people led by the opposition People’s Liberation Front party took to the streets of the capital, Colombo, on the eve of the inauguration to demand pay rises and to protest against the rising cost of living.

Rajapaksa, who turned 65 on Thursday, brushed off the concerns of countries, including the United States, that his powers pose a threat to the country’s democracy.

He insists that they are necessary to rebuild the country torn by decades of civil war with the Liberation Tigers of Tamil Eelam (LTTE) fighters.

“When I came to power I promised an honourable peace and a new Sri Lanka. I have kept my promise and built a new country,” he said after opening a $1.5bn port in the southern town of Hambantota.

In addition to being president and commander-in-chief, Rajapaksa is also the finance minister, minister of ports and aviation, and highways minister.

In his pursuit of development he has shrugged off attempts by the West to link aid and investment to human rights and turned to countries like Iran, Libya and China for help.

“We will not be held back by threatened economic sanctions or withdrawn trade concessions by those who seek strategic interference in the national affairs of Sri Lanka,” Rajapaksa said recently.

Rajasingham Jayadevan, of the Alliance of Peace and Reconciliation based in London, told Al Jazeera that Rajapaksa has not shown any desire to resolve the conflict politically on a much wider scale.

“He is trying to use [the economic success of Sri Lanka] as a kind of camouflage, to not proceed with the political evolution process,” Jayadevan said.

“He says that by a participating in the economic development [of the country], both Tamil and Sinhalese can live together without talking about the political processes.”

The opinion was echoed by Brussels-based International Crisis Group (ICG).

“There is no sign the government has any interest in doing any of the things necessary for reconciliation between and within communities damaged by so many years of war,” Alan Keenan, the group’s Sri Lanka project director, said.

Tamils, who are about 12 per cent of Sri Lanka’s 21 million people, say they have been consistently discriminated against since independence by governments led by the Sinhalese majority.

Those grievances fuelled several armed groups including the LTTE, which eliminated its rivals and then raged a ruthless war. 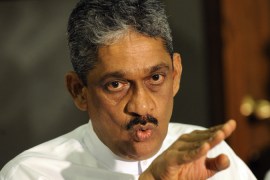 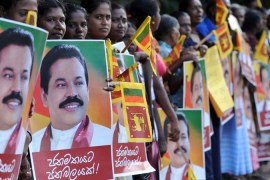 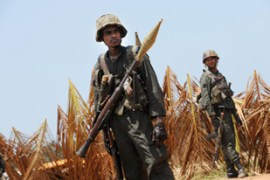 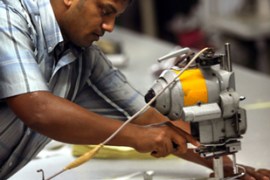