The Roman Catholic Church is holding an extraordinary meeting to discuss sexual abuse of children by priests and conversion of people from the Anglican to the Catholic Church.

The closed-door meeting on Friday of more than 100 of the Church’s 203 cardinals from around the world at the Vatican will also cover debates on religious freedoms.

Controversy over the abuse of children in the institution has dogged the Church for decades, and victims of sexual abuse were protesting in Rome to coincide with the meeting. They are calling for greater protection of children from future abuse by priests.

“We want the bishops to turn over to police and prosecutors the personnel files of proven, admitted and credibly accused child-molesting clerics,” said Barbara Blaine, a leader of the US-based Survivors Network of those Abused by Priests (Snap).

Pope Benedict XVI invited the cardinals for the meetings ahead of the release next week of a book of his interviews entitled “Light of the World: The Pope, the Church and the Signs of the Times”.

In it he admits he was “shocked” by the hundreds of molestation cases blamed on priests that have come to light.

Religious liberties have been highlighted recently with the Vatican on Thursday warning China not to force bishops loyal to the pope to attend the ordination of a bishop who is a member of the state-backed church that does not recognise the pontiff.

Separatly, the Church announced on Friday that it had decided to establish an ordinariate for disaffected Anglicans to be set up in England and Wales in January.

The ordinariate – a Church subdivision retaining some Anglican traditions – would take in bishops, priests and laity over the following months.

Church leaders said that five traditionalist Church of England bishops have applied to join the ordinariate, and about 30 groups of parishioners are due to cross over from the Anglican Church.

The meeting is taking place on the eve of a ceremony known as a consistory at which the pope will create 24 new cardinals, including 20 who are under 80 and thus eligible to enter a secret conclave to elect his successor. 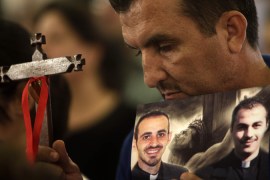 France has offered to grant asylum to 150 Iraqi Christians, including those wounded in church attack. 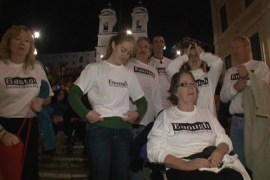 Victims from across the world march seeking stronger action against abusive priests. 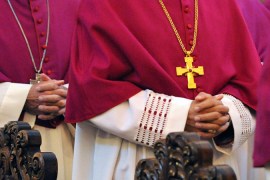 Victims of paedophile clerics hold meeting calling for widespread sexual abuse to be declared a crime against humanity. 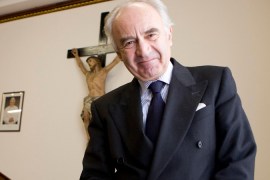