Peking Opera, Spanish Flamenco and the art of French gastronomy have all won places on Unesco’s list of intangible world heritages to preserve.

The UN culture and education agency deemed these traditions and 43 others from a total of 11 countries worthy of recognition on the list, at a meeting in Nairobi, Kenya, on Tuesday.

Better known for its work protecting world monuments and natural wonders, the United Nations Educational, Scientific and Cultural Organisation started the list in 2003 to preserve art forms and other traditions in the face of globalisation.

The aim is to recognise elements of living heritage, such as language, in a bid to protect cultural diversity and foster a sense of community.

To be recognised on the list, traditions must be deemed to spread knowledge of intangible cultural heritage and protective measures must be taken to promote them.

Unesco experts singled out French gastronomy as a “social custom aimed at celebrating the most important moments in the lives of individuals and groups”.

Catherine Colonna, the country’s ambassador to Unesco, praised the inclusion, saying it “makes a contribution to cultural diversity”.

“The French love getting together to eat and drink well and enjoy good times in such a manner. It is part of our tradition – a quite active tradition,” she said.

Among the reasons cited for the inclusion of flamenco was that the dance could “raise awareness about intangible cultural heritage, while promoting human creativity and mutual respect among communities”.

Among the more obscure traditions, Luxembourg won recognition for a centuries-old annual hopping procession in the eastern border village of Echternach.

The blade-twirling of a scissor-dancing ritual in Peru’s Chanka region, which has roots going back to the 16th century, was also nominated as was Turkey’s 648-year-old Kirkpinar festival of dozens of men wrestling in cooking oil.

Nominations not only included festivals and rituals but also arts such as the Chinese traditional medicine of acupuncture.

Traditional Mexican cuisine and the Mediterranean diet, consisting of growing and consuming olive oil, cereals, fresh or dried fruit and vegetables, were also honoured with recognition on the list.

It approved all four elements proposed for inclusion on a list of practices in need of urgent protection: Croatian Ojkanje singing, Meshrep – the harvest festival ceremony of northwest China’s Turkish-speaking Muslim Uighur people and two other Chinese cultural practices.

Other admissions to the list included Croatian ginger bread craft, oil wrestling in Turkey’s Kirkpinar region and falconry in 11 countries.

The inter-governmental committee has been considering 51 cultural practices from around the world for inclusion on the Convention of Intangible Cultural Heritage since Monday. 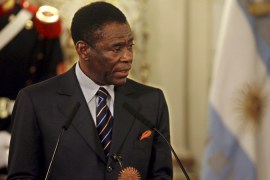 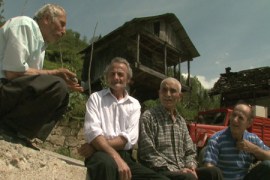 There are 200,000 Laz speakers in Turkey but the language faces a battle for survival. 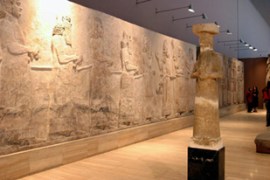 Gathering in Cairo to chalk out global strategy for bringing back artefacts taken away. 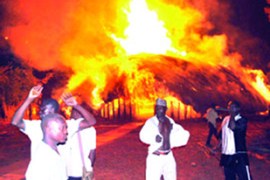