Israel has approved a plan to withdraw troops from the northern half of a divided village that straddles the country’s border with Lebanon.

The 15-member security cabinet of Binyamin Netanyahu, Israel’s prime minister, passed the northern Ghajar pullout in a vote on Wednesday, but did not set a date.

Control for the village’s northern half is to be handed over to the UN Interim Force in Lebanon (Unifil), which is deployed along the border with Israel.

The timing of the handover depends on security talks with the UN peacekeepers, Israeli officials said.

The village, which lies in a strategic corner where the boundaries between Syria, Israel and Lebanon meet, has already changed hands three times in the last century. Israel captured it from Syria in 1967.

In 2000 UN surveyors split Ghajar between Lebanon and the Israeli-controlled Golan Heights, after Israel withdrew from southern Lebanon. Israel recaptured the northern half in its 2006 war against Lebanon.

Yet, as Al Jazeera’s Sherine Tadros reports, Israel is negotiating the agreement with the UN, without consulting Lebanon or the villagers themselves.

The villagers are originally Syrian and feel no affiliation with Lebanon.

“People here want all of Ghajar to be returned as part of a larger deal with Israel. Until then they say they’d prefer to remain under Israeli occupation rather than face the uncertainty of Lebanese rule,” our correspondent said.

“Nobody is happy with prime minister Netanyahu’s decision. He will give back the north, but there is no such thing as north and south. This is one village,” one villager told Al Jazeera in Ghajar.

“Israel is trading Ghajar to win favour with the international community at our expense,” he added.

Alastair Crooke, the founding director of Conflicts Forum, a think tank devoted to Western engagement with political Islam, agreed that Ghajar was being offered by Israel as a “token”.

“Israel is feeling very much under pressure, particularly in the Palestinian area on the settlement issue, that it’s seen as unhelpful.

“So this is an effort to show the international community, it’s a small gesture.” 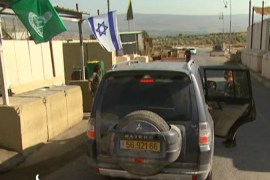 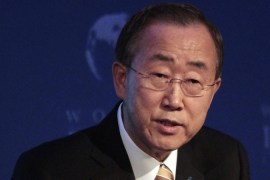 Ban Ki-moon, the UN chief, says climate of “uncertainty” in the country could cause new instability across the region.

The Israeli army has withdrawn its troops from the south of Lebanon except for one divided border village north of the Blue Line separating the two countries, UN peacekeepers say.