Moroccan authorities have defended a raid by their security forces on a Western Sahara protest camp as being “deliberately peaceful”.

The authorities accused Sahrawi activists of “brutal practices” including cutting the throat of a Moroccan policeman.

Sahrawi activists, however, insisted their protest was peaceful and focused on social demands like jobs and housing, not political issues.

Morocco said 10 members of its security forces were killed in the clashes that erupted on November 8 when they broke up the protest camp on the edge of Laayoune, the territory’s main city, and demonstrations later that day in the streets of the city.

Polisario, the territory’s independence movement, said in a letter to the UN Security Council on Monday that more than 36 Sahrawis died in the clashes and 163 were detained, and demanded a UN investigation into the outbreak of violence.

Morocco’s interior minister and foreign minister held an unprecedented joint news conference to show the video footage shot by the Moroccan police. The footage showed at least one policeman’s throat being cut.

“I am not saying that Al Qaeda is definitely implicated in what happened in Laayoune but the style used and the savagery in which that crime was committed, I mean decapitating a member of the security forces, is something unknown in Morocco and also unknown in the southern provinces,” Taieb Cherkaoui, the interior minister, said.

The level of violence and the methods used by the protestors, the ministers said, were unusual for Morocco.

“When we say that they used some techniques unknown in Morocco, you saw some of them wearing blouses of various colours inside the camp,” Taieb Fassi Fihri, foreign minister, said. “They were organised in militias and they stopped people leaving the camp. They also prevented journalists from going into the camp. But after the security forces intervention, many journalists visited the camp.”

The pro-independence Polisario Front demanded that the United Nations Security Council insist on a deadline to settle its decades-old dispute with Morocco over the status of the Western Sahara.

In a letter addressed to the UN Security Council, Ahmed Boukhari, the Polisario Front’s UN representative, warned on Monday that in the absence of progress “in a short period” the group will be forced to reconsider its role in indirect talks with Morocco.

Morocco has proposed autonomy for the Western Sahara, which it took over in 1979 when Mauritania withdrew from the territory, while the Polisario Front insists on the “inalienable right” of the people of the former Spanish colony to self-determination through a referendum.

Neither side appears prepared to compromise.

A UN truce called for a referendum on the region’s future in 1991, but the vote never took place. 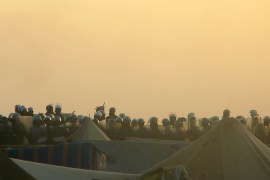 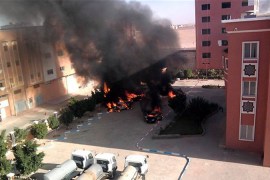 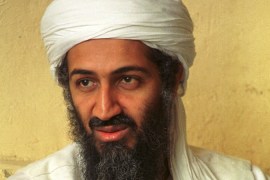