When a relative approached Mohamed Nafeek in 2005 to explore the possibility of sending his eldest daughter, Rizana, to the Middle East as a domestic worker, the family thought its luck had finally turned for the better.

Poor, living in a ramshackle shack in Muttur, a coastal village in Trincomalee district 250km from the Sri Lankan capital Colombo, the family of six barely managed to survive on the meagre earnings Nafeek made as a wood collector.

Rizana, according to the family, agreed to the job. The relative took her to a recruitment agency. She then underwent 10 days of training before leaving for Saudi Arabia in May 2005.

But instead of changing the family’s luck, Rizana’s life turned inside out in a foreign land. Barely a month into her job, she was sitting in a jail charged with killing the four-month-old infant of her employers.

She was later found guilty and sentenced to die by beheading. She appealed her sentence and has spent the last five years in a Saudi jail. In October, news reached Sri Lanka that her sentence had been confirmed and would thus be carried out.

That news has generated renewed focus on the case of Rizana Fathima Nafeek, and the issue of Asian migrant workers getting a fair hearing in a foreign justice system, both here and internationally.

Mahinda Rajapaksa, the Sri Lankan president, has written to Saudi Arabia’s King Abdul Aziz seeking a pardon. Similar appeals have been made by Amnesty International, the Asian Human Rights Commission (AHRC) and other Sri Lankan and international advocacy groups.

The AHRC says Rizana’s trial was skewed against her, citing factors like language issues and competent legal support that often make it hard for migrant workers to ensure that they get fair proceedings. For example, the translator provided during Rizana’s confession, which the AHRC maintains was taken under duress, was not a professional one, AHRC director of policy and development Basil Fernando points out.

“He was just someone from Karnataka [state] in India, who did not have any idea of the Tamil dialect that Nafeek spoke,” Fernando said. The translator has since left Saudi Arabia.

Evidence indicated that the infant choked while Rizana was feeding him, in what was an accident and not intentional murder, Fernando adds.

No legal aid was extended to Rizana during the trial. The Sri Lankan embassy in Riyadh had contacted a lawyer only after her conviction. When it could not hire the lawyer due to government stipulations that prevent it from paying for legal services in a criminal case, the Hong Kong based AHRC moved in.

It has so far spent $30,000 in legal fees for the appeal of Rizana’s verdict.

The case is complicated by the fact that Rizana was underage when she left for the Middle East. Some reports have suggested that she was 15, but her family told IPS she was 17 at the time of her departure. Either way, she was a minor below the age of employment when she left.

Rizana’s forged passport became pivotal to her conviction when the courts went by details contained in that, and did not consider her birth certificate.

“The passport she used to enter Saudi Arabia gives her date of birth as February 1982 but according to her birth certificate she was born six years later, in February 1988,” Amnesty International said in an October appeal.

Advocates say that Rizana was a victim of recruitment agencies that send poor, untrained Sri Lankan women as unskilled domestic workers to the Middle East, including to countries like Saudi Arabia, which hosts some 500,000 migrant labourers from the South Asian island nation.

“We never heard from the agency [that sent Rizana to Saudi Arabia]. We only got a letter from the [Sri Lankan] embassy [in Riyadh] about the sentence,” her mother Razina said.

Rizana’s case came into the limelight after media reports highlighted her death sentence. AHRC officials told IPS that when Saudi Arabia’s Supreme Court upheld the verdict, they heard the news not through the Sri Lankan embassy but through a well-wisher who had visited Rizana in jail. They now fear that if Saudi Arabia’s king ratifies the sentence, there would no chance of pardon.

“There is every probability that the execution of Rizana might be carried out without warning in the very near future. Saudi Arabia has an infamous record of having one of the highest executions rates in the world with at least 69 executions carried out in 2009, 102 in 2008 and 158 in 2007, an average of almost two persons a week,” AHRC said in a statement.

Fernando adds that a two-track approach is needed to try to save Rizana from the executioner’s sword. One is to lobby the Saudi monarch through national and international campaigns. The second is for the family to use diplomatic means to seek a pardon under Saudi law.

Fernando said: “The king is the last option, before that someone should speak to the family.” 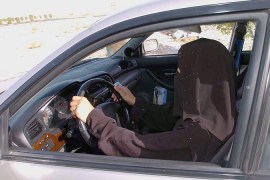 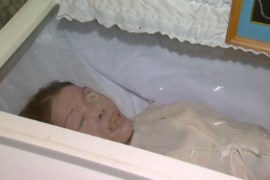 Overseas workers provide much-needed funds, but some suffer abuse from their employers. 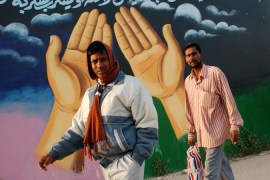 Kuwait has said it will scrap its sponsorship system but what will this mean for the immigrant dependent nation? 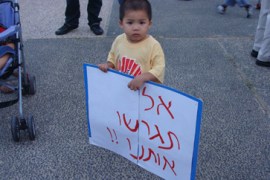