Britain’s most senior officer has been quoted as saying that al-Qaeda can never be completely defeated.

David Richards, chief of the defence staff, said on Sunday that outright victory is “unnecessary” as long as governments are able to contain the fighters.

“First of all, you have to ask: ‘Do we need to defeat it (al-Qaeda) in the sense of a clear cut victory?'” Richards told British newspaper the Sunday Telegraph.

“I would argue that it is unnecessary and would never be achieved … but can we contain it to the point that our lives and our children’s lives are led securely? I think we can.”

His comments are the latest from western military leaders and politicians who have been paving the way for coalition forces to exit Afghanistan over the coming years, even though the Taliban remains a significant threat to security there.

Barack Obama, the US president, and David Cameron, the British prime minister, hope to start bringing troops home next year.

Richards underlined Britain’s aim to end its combat role in Afghanistan by 2014-15 but did not estimate how much longer after that coalition troops would need to support Afghan security forces.

Richards, who became head of Britain’s armed forces last month, said the region should be stabilised before any withdrawal is completed.

“We are equally clear that we have got to support the operation thereafter to make sure that our legacy is an enduring one,” he said.

British soldiers have been fighting in Afghanistan since 2001 as part of a US-led force. 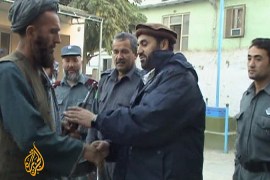 Some Taliban giving up weapons

Reintegration programmes in Afghanistan have apparently inspired some fighters to surrender their weapons. 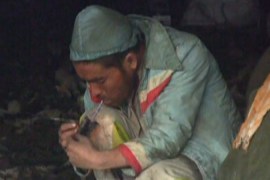 Many find it difficult to battle drug addiction in a land plagued by war and poverty.