Nigeria will report Iran to the UN Security Council if an investigation shows it violated international law and UN sanctions in an arms smuggling case, Nigeria’s foreign minister has said.

“The consignment did originate from Iran,” Odein Ajumogobia said on Friday.

“That’s been confirmed from our own shipping documents and the Iranian foreign minister.”

Ajumogobia met Manouchehr Mottaki, his Iranian counterpart, late on Thursday to discuss the shipment, intercepted by Nigeria’s secret service in the port of Lagos and found to contain rockets and other explosives.

Ajumogobia told the Reuters news agency that Mottaki had promised Iran’s co-operation with an investigation into the shipment and said he did not currently believe it had broken UN sanctions.

Nigeria is currently a non-permanent member of the UN Security Council.

“The Security Council resolution to which Nigeria was party was dealing with nuclear materials. There’s no indication that’s implicated here,” Ajumogobia said.

“If Nigeria finds in the conclusion of investigations that there has been a breach of any sanctions, as a member of the UN [Security] Council we would do what is necessary,” he said.

However, diplomats have said the arms shipment could put Iran in breach of UN sanctions imposed over its refusal to halt a sensitive nuclear programme.

Ajumogobia said that following his meeting with Mottaki, Nigeria’s secret service had been given access to an Iranian wanted for questioning in connection with the shipment who had taken refuge in Iran’s embassy in Abuja, Nigeria’s capital.

But Nigeria had been unable to question a second suspect, an Iranian diplomat who was covered by diplomatic immunity.

Diplomatic sources said the two Iranians were believed to be members of al-Quds, an elite unit of the Revolutionary Guards that specialises in foreign operations on behalf of Iran.

Nigeria’s secret service said on Wednesday it had been monitoring the movement of the illegal cargo before it entered Lagos, one of Africa’s busiest ports, in July and that there was no question that Nigeria was the intended destination.

An international cargo shipper based in France has said one of its ships picked up the containers from Bandar Abbas, a port in southern Iran.

CMA CGM said that it was the victim of a false cargo declaration. It has said it is co-operating fully with investigating agencies.

The consignee was a Nigerian, also under investigation, and the goods were originally meant for an address in Abuja, Ajumogobia said.

But they were intercepted when they were returned to the port in an attempt to re-export them. 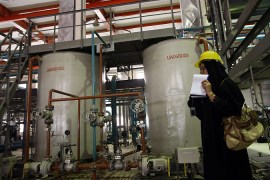 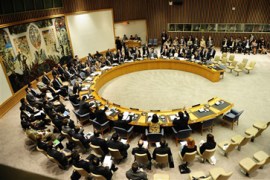 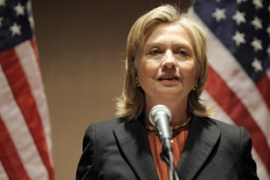