Rolls Royce, the British aircraft engine maker, has blamed a “specific component” failure for last week’s mid-air engine blowout of a Qantas A380 plane flying over an Indonesian island.

In a statement on Friday the company said the failure in a part of its Trent 900 engine caused a fire on the superjumbo that forced the Australian airline into an emergency landing in Singapore last week.

Investigators have begun pulling apart the stricken aircraft’s engine in an attempt to narrow the search for missing parts.

“These investigations have led Rolls-Royce to draw two key conclusions. First, as previously announced, the issue is specific to the Trent 900,” Rolls Royce said.

“Second, the failure was confined to a specific component in the turbine area of the engine. This caused an oil fire, which led to the release of the intermediate pressure turbine disc.”

The incident prompted Europe’s air safety regulator to order all carriers of A380 planes with Rolls Royce Trent 900 engines to conduct “repetitive tests”.

Qantas said on Thursday it had grounded its fleet of A380s indefinitely, while it carries out further safety checks.

Meanwhile Airbus warned that investigations into the Qantas A380 engine failure incident could delay future deliveries of the plane.

“In such a situation, of course, the customer has priority, and the priority is to keep the 39 aircraft flying or back in the air as quickly as possible and I would not rule out some impact on the delivery schedule,” said Tom Enders, the Airbus chief executive.

“I don’t know how severe that would be,” he said, referring to deliveries scheduled for 2011.

But he added that his company expects to deliver up to 22 of the world’s largest airliners in 2010.

Kevin Craig, a public relations expert, told Al Jazeera the engine blowout not only damaged the Rolls Royce brand but also the airlines.

“It is very damaging and consumer confidence is not helped by this … share prices have gone through the floor, down over five per cent this past week … and we still don’t know the detail of when they can say that they are confident their engines won’t be exploding in mid-air again.

“To a brand that is one of the world’s most respected brands, where it makes a massive contribution to the company’s bottom line, it is a very serious state of affairs.” 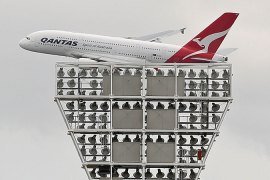 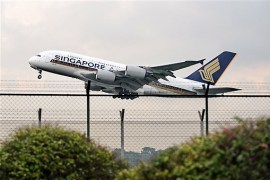 Carrier says it will be replacing Airbus A380 oil-stained engines on advice from Rolls Royce, after Qantas flight drama. 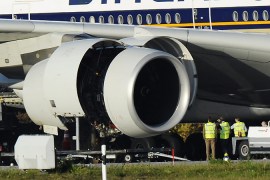 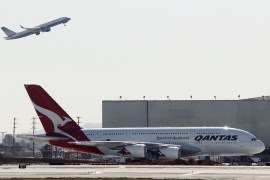