The Pakistani Taliban has claimed responsibility for a car bomb that destroyed a police facility in Karachi, the country’s biggest city, killing at least 17 people and wounding more than 100 others.

A group of fighters opened fire on Thursday on the building before detonating a bomb at a Criminal Investigation Department (CID) compound, leaving a crater of about 12 metres across and four metres deep in front of the site.

“We accept responsibility for this attack. They used to arrest and torture our comrades here. We will target everyone who does this in the same way,” Azam Tariq, a Pakistani Taliban spokesman, told the AFP news agency from an undisclosed location.

It was a rare attack on government security forces in Karachi, a politically tense city of 16 million in the southern Sindh province – far removed from Taliban strongholds in the northwest.

Witnesses and police said the CID building collapsed, trapping people under the rubble.

Salahuddin Babar Khattak, the Sindh police chief, said the CID building was used to hold anti-government fighters in custody. But no important suspect was in detention at the time of the attack.

Al Jazeera’s Kamal Hyder, reporting from Islamabad, said “the CID office is a highly secured area that is frequented by a lot of important people”.

Al Jazeera’s Imran Khan, reporting from Karachi on Friday, said that the blast followed the launch of new army operations in Pakistan’s northwest.

“Investigators will be looking for clues as to what type of explosive was used,” he said.

Karachi police had announced on Thursday the arrest of activists from Lashkar-i-Jhangvi, a group linked to al-Qaeda.

Pakistani Taliban members too had been rounded up in recent weeks, Pakistani officials said on Friday.

“We detained at least 10 suspects from the bomb site and the nearby impoverished neighbourhoods,” one security official told AFP on condition of anonymity.

“We think they have links with [Pakistani Taliban] and Lashkar-i-Jhangvi. We have arrested quite a large number of suspects in the last few months from Karachi and it shows that these groups have penetrated into the city. It seems as though these people have gained strength in Karachi.”

Around 3,800 people have been killed in suicide attacks and bombings, blamed on homegrown Taliban and other armed groups across Pakistan, since government troops stormed the Red Mosque in Islamabad three years ago.

The Karachi bombing came less than a week after a suicide bombing on a mosque packed with worshippers killed 68 people in northwest Pakistan.

Karachi has already suffered its most serious bout of political violence in years, with 85 people killed after a politician was shot dead in August.

The city is Pakistan’s economic capital, home to its stock exchange and a strategic port where Nato docks its supplies ready to be transported overland to support the war in Afghanistan. 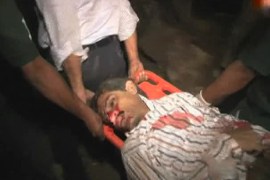 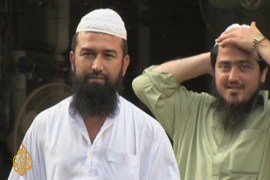 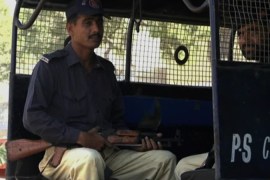 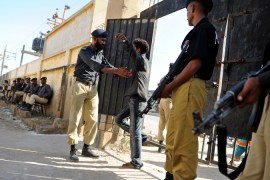