A Myanmar court has rejected an appeal by the country’s detained opposition leader against her house arrest, amid hopes she will be released.

It was the third and final appeal by Aung San Suu Kyi, 65, who has spent most of the last 20 years locked up in her home in Yangon.

Never the less, officials said on Wednesday that preparations for Aung San Suu Kyi’s anticipated release – within days of Sunday’s general elections – were under way.

Lawyers for the Nobel peace laureate said they expected her to be freed on Saturday, when the latest detention order expires, but had hoped she would also be acquitted to prove her innocence.

Nyan Win, one of Aung San Suu Kyi’s lawyers, said the court posted its decision on a public notice board on Thursday, saying only that the appeal was turned down and giving no explanation.

“The court rejected our appeal and upholds the previous court decisions,” he told the Associated Press news agency on Thursday.

“This decision is absolutely wrong and shows the state of justice system in the country.”

Nyan Win said the opposition leader will hold a news conference at the party headquarters if freed, suggesting she is likely to resist any attempt by the authorities to restrict her political activities.

He said the appeal against the house arrest sentence was only to argue her innocence and should not affect moves to free her.

“It’s not important whether the acquittal coincides with her release date,” he said.

Aung San Suu Kyi’s detention was extended by 18 months in August last year after an American swam uninvited to her lakeside home, keeping her off the scene for the recently concluded election, the country’s first in 20 years.

Mother and son have not met each other in 10 years, after the authorities repeatedly denied Aris visas. 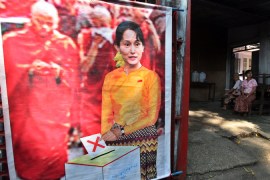 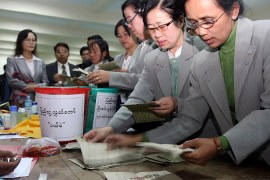 Military-backed party says it has 80 per cent of seats, while 20,000 people flee fighting on the border with Thailand. 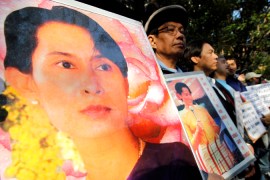 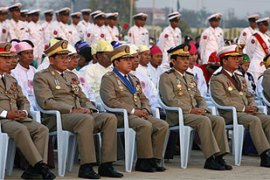 Opposition leader “surprised but undaunted” by “unjust” rules to keep her out of polls.