Barack Obama has renewed sanctions against Sudan’s government, keeping pressure on Khartoum to stick to the timetable for holding a referendum on southern independence.

However, the US president also held out for the prospect for reconsidering Monday’s decision if Sudanese leaders made progress in resolving the country’s north-south dispute and improved the situation in the troubled Darfur region.

Sudan is 10 weeks away from the scheduled start of a referendum that could lead to independence for its oil-producing south. If mishandled, the referendum could destabilise the region.

The White House issued a letter from Obama to congress saying he was extending long-standing economic sanctions, a notice required by law each year to keep them in place.

The measures restrict trade and investment in Sudan and also block the assets of the Sudanese government and certain officials, among other things.

With trust low as both sides in the referendum exchange recriminations, progress has slowed on resolving disputes such as the status of the oil-producing Abyei region, determining citizenship and forging an oil-sharing accord.

Tommy Vietor, the White House spokesman, said the US hoped Sudan’s leaders “will make the urgent and difficult choices necessary to secure peace for the Sudanese people”.

“As we work to support these choices, the United States will review the Sudanese government’s progress on resolving outstanding [peace agreement] implementation issues as well as other relevant circumstances, to include improving security and humanitarian access in Darfur,” he said.

“If the government of Sudan acts to improve the situation on the ground and advance peace, we stand ready to work with Sudan to ensure its rightful place in the international community.”

Obama last week stressed the need to go ahead with the vote as scheduled when he spoke to Thabo Mbeki, the former South African president, who has tried to overcome obstacles in the north-south peace process as head of an African Union panel.

South Sudan is struggling to recover from Africa’s longest civil conflict, which was triggered by ethnicity, ideology, religion and resources such as oil and left an estimated two million people dead. 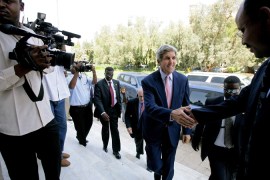 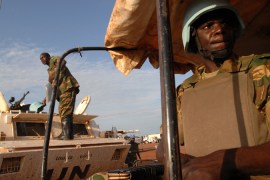