The premiers of Britain and China have overseen trade deals worth more than a billion dollars but human rights cast a shadow over the British prime minister’s bid to strengthen economic ties.

David Cameron – travelling with Britain’s largest-ever delegation of bosses and ministers to China – wanted to focus on doubling trade with the world’s second largest economy and taking their trade relations “to a new level”.

By far the biggest deal announced on Tuesday was worth $1.2 bn between Rolls-Royce and China Eastern Airlines Corp under which the British group will provide jet engines to power 16 Airbus A330 aircraft.

Cameron is travelling with 43 bosses from major British companies and four government ministers on his first official visit after taking power in May.

He said in an article for the Wall Street Journal that he expected to see “new contracts worth billions of dollars” signed during his two days in Beijing, which come ahead of the Group of 20 summit in Seoul starting on Thursday.

Cameron’s government is searching for new sources of economic growth after unveiling the deepest public sector spending cuts in decades last month, with his ministers tackling a record deficit of $249.3 bn.

Earlier deals signed include a 45-million-pound, five-year agreement for British companies to export breeding pigs to China and the construction of 50 new English-language schools in China by Britain’s Pearson.

Facing pressure to challenge Chinese leaders on rights, Cameron said he was not for “lecturing and hectoring” Beijing. But it is expected that Cameron will raise the case of jailed Nobel laureate Liu Xiaobo before he leaves China Wednesday.

Cameron and Wen Jiabao, China’s prime minister, had a “general discussion” on human rights in a meeting on Tuesday, British officials said, highlighting that Wen had welcomed the two countries’ discussions on the subject.

“This is a fact that is there for everyone to see,” he said.

Cameron is the first Western leader to visit China since dissident Liu was awarded the Nobel Peace Prize on October 8 – an honour hailed in the West but condemned by Beijing as tantamount to “encouraging crime”.

The lawyer who heads the firm that represents Liu, Mo Shaoping, told AFP on Tuesday that he had been prevented from boarding a flight out of China, saying the Nobel connection was “definitely” behind the decision.

On the eve of Cameron’s visit, Chinese artist Ai Weiwei, an outspoken government critic who was placed under house arrest last week, added that Western leaders on trade trips to China “must insist on human rights issues”.

Countries including Britain have said they will not heed a Chinese call for Western diplomats to steer clear of the Nobel Peace Prize award ceremony in December. 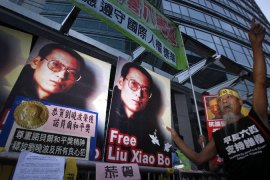 China critical of support for Liu 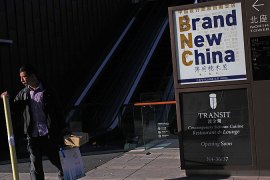