France has offered to grant asylum to 150 Iraqi Christians, with the priority going to those wounded in last week’s siege on a Baghdad church, in which 46 hostages including two priests were killed.

The first batch of 36 Iraqis wounded in the Baghdad church hostage crisis were due to arrive in France on Monday, said Eric Besson, the immigration minister.

France said it would help the most seriously wounded, all but two of whom are Christians, soon after last Sunday’s shoot-out, when Iraqi and US security forces stormed the Syriac Catholic cathedral during mass.

“France is the leading land for asylum in Europe and the world’s second behind the United States,” he added.

“We are the European country that receives the most refugees who have been persecuted because of their political opinions, their religion or the colour of their skin.”

A second group of 93 is expected to arrive “in the coming weeks,” Besson said, with the list still being drafted.

Besson says the decision is in accordance with France’s tradition as a safe haven for persecuted minorities.

He also added that France has been taking in Iraqi Christians since 2007.

The attacks prompted some Iraqi religious leaders to advise their followers to leave the country.

The attack on the Our Lady of Salvation church in Baghdad killed 58 people and wounded 78. The Islamic State of Iraq, a group which has links to al-Qaeda in Iraq, appeared to claim responsibility for the attack.

Al-Qaeda has declared Christians everywhere “legitimate targets” in the wake of the bloodshed at the Baghdad church. 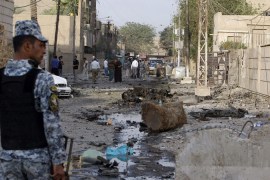 Al-Qaeda-linked group claims responsibility for attack on Baghdad church that resulted in deaths of 58 people. 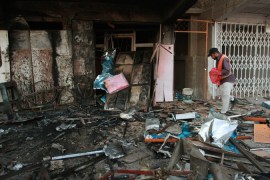 Forcing Christians out of Iraq?

We ask if a deadly attack on a Catholic church in Baghdad reflects a growth in violence against the Christian community. 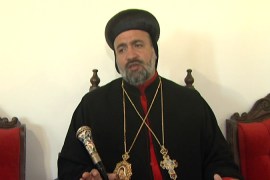 Fears over fate of Iraqi Christians

Iraqi Christians in UK want co-religionists to leave their country in the wake of the Baghdad church massacre.