At least four people have been killed and 70 injured in a raid by Moroccan forces on a protest camp in the disputed region of Western Sahara, sources on both rival sides have said.

The Gdaim Izik camp, which houses 12,000 Saharawi refugess, had sprung up outside Laayoune, the main town in Western Sahara, four weeks ago, in protest against the deterioration of living conditions in the area.

The violence, which later spread to the streets of Laayoune itself,  comes on the eve of talks between Morocco and the Polisario Front movement, which seeks independence for the Western Sahara, in the US aimed at ending the conflict over the region.

Protestors, including women and children, said security forces attempting to shut down the camp used tear gas and beat them with batons.

Morocco said two of its police officers and a firefighter were killed by protesters, while the pro-independence Polisario Front said Moroccan security forces killed a 26-year-old activist during the raid.

Officials said the camp had been stormed to release people being held against their will.

The Polisario Front accused the security forces of injuring hundreds of people in the dawn raid.

Mohamed Salem Ould Salek, the foreign minister in a self-appointed government for the region, said the attack “left hundreds of wounded”.

“I can’t yet tell you the exact figure, notably if anyone was killed, but the hospitals are full,” he said.

He said the Moroccan forces had “repressed in a ferocious and undiscriminating fashion the defenceless civilians who found themselves in the camp”.

The Polisario minister also condemned what he described as an “aggressive speech” by Mohammed VI, Morocco’s king, who last week marked the 35th anniversary of the “green march,” when thousands of Moroccans headed to the Western Sahara to liberate it from the Spanish colonisation.

Mustapha Khalfi, publisher of the Moroccan daily Attajdid, said that the Polisario movement had “politicised” what had begun as a protest over social rights.

The outbreak of violence risked affecting talks in the short term, he told Al Jazeera.

“This social protest will have a negative impact on the negotiations,” he said.

Western Sahara was annexed by Morocco in 1975 after the Spain withdrew from the area.

The Polisario Front fought against Moroccan rule until the UN brokered a ceasefire in 1991.

The current unrest comes as Morocco and the Polisario Front prepare for talks in New York this week. 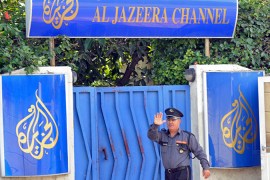 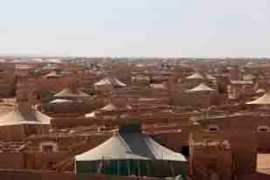 Aminatou Haidar placed under house arrest by Morocco on her return after hunger strike. 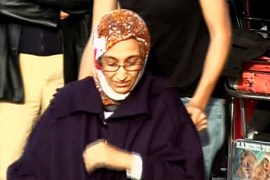