Greece’s prime minister has said he is satisfied with the outcome of local elections and would continue reforms without calling a snap parliamentary poll.

“Making a change is not easy. Greek people brought us to power a year ago and today confirmed that they want this change. We will continue with our task tomorrow,”George Papandreou said in a televised address to the nation following Sunday’s elections.

Papandreou had threatened to dissolve parliament barely a year after coming to power if the first round of the regional elections had failed to give him a clear mandate to pursue budget cuts and reforms agreed in May under a $155bn EU/International Monetary Fund bailout to save Greece from bankruptcy.

Early results showed that the ruling Socialists are ahead in eight out of 13 regions, while the opposition Conservatives control the remaining five, an interior ministry spokesman said.

Veteran political analyst Ilias Nikolakopoulos told Mega channel that the regional results are based on a ten-per cent sample of polling stations nationwide and show that the Socialists are projected to garner 34 to 35 per cent of the nationwide regional vote, with the Conservatives getting to 31-32 per cent.

On a similar sample, the main cities of Athens and Thessaloniki look likely to remain in Conservative hands but the Socialists will have a fighting chance in the second round to be held on November 14.

The ruling party could draw consolation from surging ahead in the ports of Patras and Piraeus and from carrying off the capital of Crete, Iraklion, in the first round, but opinion polls released on Sunday showed most Greeks frowning upon the PM’s early election gambit.

John Psaropoulos, the editor of Odyssey magazine, an international publication about Greece, told Al Jazeera that Papandreou’s threat to dissolve his parliament “really threw the financial market into turmoil,” and that the international and business communities had reacted badly to the announcement.

“Nobody wanted the upheaval of another general election,” said Psaropoulos. “And the opinion polls that were taken among the Greek people, that the parties were privy to … also showed that result.”

Upping the ante at the local elections, he said, was an unpopular move, but it might actually pay off by allowing him to essentially hang on to the status quo in key municipalities.

“So on the basis of that, he’s happy to announce that this was a confirmation of the change he was elected to bring just over a year ago.” 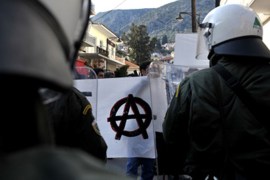 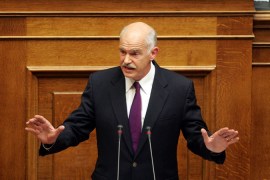 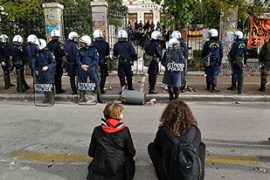 Economy shrinks 1.5 per cent in second quarter as unemployment reaches 12 per cent.