Israeli police have demolished a mosque in the Arab town of Rahat in the Negev desert.

The two-storey structure was knocked down before dawn on Sunday following a court ruling stating that it was built without a permit.

Police armed with clubs and shields surrounded the area as a bulldozer tore down the mosque.

Micky Rosenfeld, a police spokesman, said demonstrators trying to stop the demolition had thrown stones at the police, leading to two arrests.

Police fired tear-gas and rubber bullets at protesters, Yusuf Abu Jamer, a spokesman for the local branch of the Islamic Movement, said, describing the operation as “criminal and cowardly”.

“More than 5,000 policemen came here, and they demolished this large mosque … . During the last month hundreds and thousands of people from Rahat and the entire area came here,” Abu Jamer said.

After the raid, Rahat city council declared a general strike, with a protest planned for later on Sunday, residents said.

People conducted their prayers close to the site in defiance and, hours after the demolition, residents began pouring cement to build the foundations for a new mosque on a nearby plot.

“They demolished it and we are rebuilding,” Fayiz Abu Sahiban, the mayor of Rahat, said.

He said residents built the mosque illegally because Israeli authorities would take too long to approve it, though the municipality tried to retroactively obtain a building permit. He also said most of Rahat’s 13
other mosques were built illegally.

Rahat is the Negev’s only Bedouin city and has more than 45,000 residents.

According to the Arab-Jewish Negev Co-existence Forum, around half of the 155,000 Bedouins in the Negev – all of whom are Israeli citizens – live in villages that are unrecognised by the government, without municipal services like water and electricity. 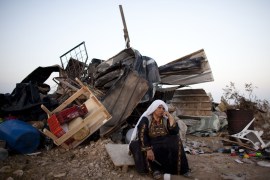 Israel ‘declares war on its people’ 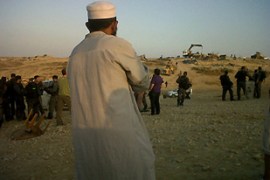 Witness talks of “unnecessary force” in demolition of Bedouin homes. 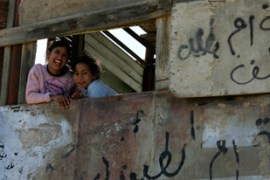 About 300 residents of a village in the Negev desert have lost homes and possessions. 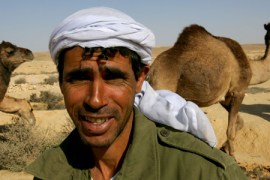