Myanmar’s two main opposition parties have accused the political group representing the military government of “cheating” and “threatening” voters ahead of the first election in two decades.

The Democratic Party of Myanmar and the National Democratic Force (NDF) accused the Union Solidarity and Development Party (USDP) on Friday of illegally collecting votes in advance of Sunday’s poll.

Thu Wai, the chairman of the Democratic Party, said his party had written to the Union Election Commission outlining the accusations.

“We have learnt that the USDP together with ward authorities are trying to get advance votes by cheating, bribing or threatening people,” the letter said.

The NDF has made similar accusations but has yet to file an official complaint, according to party leader Khin Maung Swe.

He said that in part of the southeastern city of Dawei, its candidates reported that “the authorities are trying to get 20,000 advanced votes” out of 40,000 eligible voters.

Thu Wai said his party had received stories of voter intimidation and coercion from all over the country.

USDP candidates had forced Myanmarians to vote early – for their military-backed party – by threatening them or telling them that their roads would be repaired if they agreed to sign, he said.

Myanmar’s first election since 1990 has been criticised by some foreign governments as a sham aimed at hiding military rule behind a civilian facade.

A quarter of seats in the new legislature have already been reserved for the army, while opposition parties have suffered crippling obstacles.

Aung San Suu Kyi, considered to be an icon of democracy in the country, remains imprisoned and sidelined from the poll while her now-disbanded National League for Democracy is boycotting the process.

The Nobel Peace Prize winner – whose current term of house arrest is due to expire just days after the vote – led her party to power in 1990 but the results were never recognised by the ruling generals.

Aung Naing Oo, a Myanmar analyst, said the USDP was expected to win despite the fact that the party is “hated”.

“In a normal situation the USDP would be going to lose so they are going to make sure that they win. So they will resort to various dirty tricks,” he said.

The USDP, which has 1,112 candidates contesting almost all of the constituencies, was formed by Thein Sein, the country’s prime minister, and other ministers who retired from their military posts in April.

The party inherited considerable financial resources and millions of members from the Union Solidarity and Development Association, a powerful pro-military organisation that was merged into the USDP.

The NUP is a key contender in Sunday’s poll as the second largest party, and could hold the balance of power in parliament, particularly if it benefits from a protest vote against the USDP.

Aung Naing Oo said the NUP could provide a possible counterbalance to the current government’s power and was actively “capitalising on the hatred of the USDP”.

“The rivalry I think is quite a genuine rivalry, contrary to the belief that the NUP and the USDP co-operate,” he said. 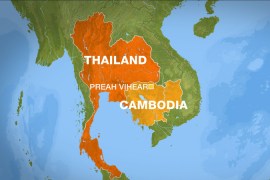 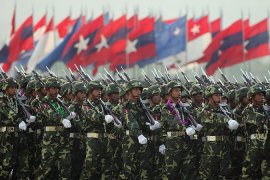 Key developments in the country’s history as it heads for the first general election in 20 years. 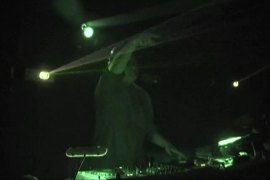 Strained ties with the military government could keep away up to 50 million new voters from Sunday’s vote. 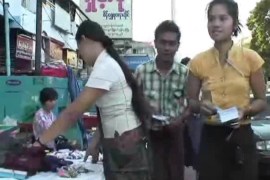 Candidates campaigning under severe restrictions ahead of Sunday’s vote.