The WFP said on Friday that the three Latvians, whose air services were contracted to the agency for humanitarian operations, had been abducted in the state capital of Nyala a day earlier.

“The abducted crew members are all Latvian nationals,” Amor Almagro, a spokeswoman for the agency, said.

In the Latvian capital, Riga, the foreign ministry said it was co-ordinating efforts to secure the release of the three.

“We are working closely with Latvia’s appropriate institutions and our foreign partners to find out more detailed information on how we can resolve that problem,” Janis Silis, a foreign ministry spokesman, told the AFP news agency.

Abdel Hamid Kasha, the governor of South Darfur, said unidentified armed men had stormed the home of the three crewmen.

“The security services searched for the kidnappers until nightfall” without success.

The three are employees of Latvian company GM Helicopters, Yevgeny Arzhantsev, the Russian consul in Khartoum, was quoted as saying by Russia’s ITAR-TASS news agency.

UN sources said the crew was made up of two pilots and a mechanic.

The kidnapping came as Valerie Amos, the UN undersecretary-general for humanitarian affairs and emergency relief co-ordinator, began a five-day visit to Sudan that is scheduled to include Nyala.

“It is still my intention to visit Nyala. Of course I am extremely concerned about the kidnappings of UN colleagues,” Amos said as her delegation visited southern Sudan.

“It is important that there is no culture of impunity that develops. Since 2009 and now we have 30 workers to have been kidnapped, this is extremely serious.”

Darfur has seen a wave of kidnappings for ransom since March 2009, when the International Criminal Court indicted Omar al-Bashir, the Sudanese president, for alleged war crimes in the western region.

Twenty-six foreigners have been among the 30 people abducted in Darfur since 2009. Until the latest abductions, all the hostages have been released unharmed a few days later except a Hungarian member of the joint UN-African union peacekeeping force abducted in October.

Sudan’s failure to prosecute any of the kidnappers and reports that ransoms have been paid have fuelled the crimes.

Darfur has been gripped by a civil war since 2003. About 300,000 people have been killed by fighting, famine and disease and displaced another 2.7 million, according to the UN. The Sudanese government says 10,000 people have died in the conflict. 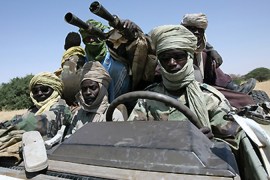 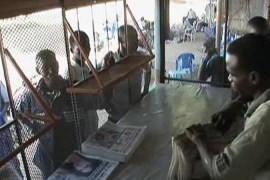 Media campaign under way in Sudan

Drive to encourage voting begins ahead of January’s referendum on secession for the south. 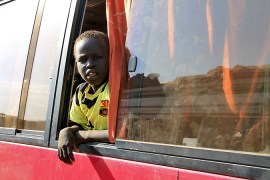