A court in Paris has handed a French retiree a one-month suspended sentence for attacking an Arab woman who was wearing a full-face veil.

The court ordered Jeanne Ruby, a retired English teacher, to pay $1,140 in damages to the victim, a citizen of the United Arab Emirates who was on holiday in Paris at the time of the attack.

The incident took place in the French capital in February, as France’s conservative government was in the early stages of hammering out a plan to ban the wearing of full-facial veils in public.

The measure officially became law last month, but it will not be enforced for several months.

Al Jazeera’s Jacky Rowland reports from Paris on how the case has highlighted potential problems once the veil ban is implemented next year. 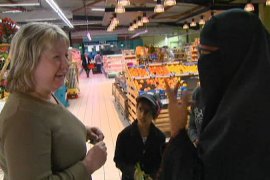 The case of a Frenchwoman on trial for attacking an Arab tourist wearing full-face veil raises questions over new law. 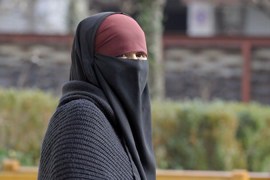 Country’s highest legal authority gives the green light to a ban on facial veils, despite previous warnings against it. 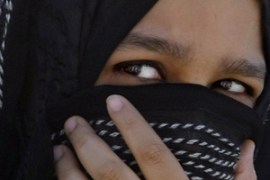