De Tocqueville ended up penning Democracy in America, one of the most widely read books on political culture in the US.

His examination focused on democracy and the growing “equality of conditions” in a nation only a half-century old. His native France had been embroiled in wars and political turmoil for decades. Captivated by principles such as individualism, equality, and liberty, he also warned of the threats such freedoms could pose.

Nearly 180 years later, modern US society is much evolved, but the political landscape seems very similar.

In 1831, the US was populated by fewer than 13 million people. The government was monochromatic – only white men could serve.

Slavery was still legal, and women were largely confined to the kitchen. Today’s American electorate consists of citizens of all backgrounds – white, black, female, etc. The equality he discussed applied only to free, white adult males.

De Tocqueville warned that the abuse of power in a democracy could lead to what he called the “tyranny of the majority”. Today, the US is a nation of over 300 million people, where a large and diverse population can vote and run for office.

According to Harvard University professor and de Tocqueville scholar Harvey Mansfield, the political system de Tocqueville studied is comparable in structure to the modern US government. This structure has been defined by the combination of local, state, and federal governments; the separation of powers; and citizen participation.

The main difference between now and then, he says, is US involvement in other parts of the world. While de Tocqueville recognized the US was growing, he probably would not have anticipated America’s interventionist foreign policy.

During election season, de Tocqueville observed a “constant agitation of parties”, each attempting to draw voters over to its side.

Long before November, he wrote, “The election comes to the greatest, and one might say the only, affair occupying men’s minds … The President, for his part, is absorbed in the task of defending himself before the majority.”

President Barack Obama is doing what his predecessors did in 1831 when de Tocqueville witnessed the newly formed Democratic Party trying to maintain power. Obama is trying to keep his majorities in both Houses of Congress.

But Obama faces a stagnant economic recovery and an angry electorate. De Tocqueville identified the people’s “supreme authority” to change the majority through elections. And with a 48 per cent approval rating, it is clear the modern American public disagrees with the Congress they’ve got.

In his notes, de Tocqueville wrote that a party candidate “must haunt the taverns, drink and argue with the mob; that is what is called Electioneering in America”. Nowadays, candidates haunt college campuses and union halls instead of taverns.

Election season is as chaotic now as when he observed it: “A thousand voices are heard at once, each expressing some social requirements”. Now it is even more true with nonstop bus tours, town halls, and rallies.

Voters are barraged with campaigns ads, candidate debates, and pundits screaming at each other on TV. “Agitation is more lively and widespread … the citizens divide up into several camps [and] the whole nation gets into a feverish state,” de Tocqueville wrote.

Just his cup of tea

If de Tocqueville were alive to assess the US social and political landscape in 2010, Mansfield says: “He’d write about what everyone else is writing – the Tea Party movement.”

While de Tocqueville might approve because of its populist nature, Mansfield believes he would be dismayed by the candidates’ lack of experience.

He would appreciate and acknowledge that there is “a certain love of freedom that goes with a distrust of government”.

De Tocqueville might be surprised by how shockingly big the nation has become – with borders that extend to the Pacific, a significantly more diverse population, and a government with truly global reach.

Even with the changes America has undergone and the ordeals the country has encountered since his travels, Mansfield says, “It remains a free country – the one he would have recognized.” 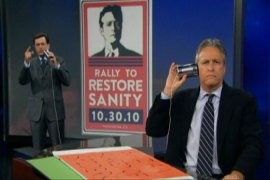 Gathering in Washington called attempt to inject humour and tone down partisan division. 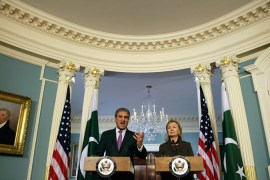 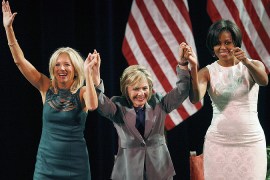