Announcing the award in the Norwegian capital, Oslo, on Friday, Thorbjoern Jagland, the Norwegian Nobel Committee chairman, said Liu was a symbol for the fight for human rights in China.

“China has become a big power in economic terms as well as political terms, and it is normal that big powers should be under criticism,” he said .

In response to the Oslo announcement, China said that giving the prize to “criminal” Liu ran contrary to the principles of the award, and warned ties with Norway would suffer. It summoned the Norwegian ambassador in Beijing to protest against the committee’s decision.

“This is an obscenity against the peace prize,” Ma Zhaoxu, a foreign ministry spokesman, said in a statement.

Ragnhild Imerslund, a spokeswoman for Norway’s ministry of foreign affairs, defended the Nobel Committee, saying it is “an independent” body “which makes decisions independently of the Norwegian government”.

“So any decision made by the committee should not be seen as an official reaction or comment on what’s going on [in China],” she told Al Jazeera.

Imerslund said it was “normal in diplomacy” for Chinese officials to contact Norwegian diplomats.

“The meeting was conducted in a constrcutive tone and we emphasised … that Norway is eager to continue bilateral relations with China,” she said.

Jonas Gahr Stoere, the Norwegian foreign minister, earlier emphasised that the award should not cause a hostile Chinese reaction.

“There are no grounds to direct any measures against Norway as a country, and I think it would have a negative effect on China’s reputation if it did,” he told the Norwegian broadcaster NRK.

The Dalai Lama, the Tibetan Buddhist spiritual leader who won the Nobel Peace prize in 1989 but is seen as a traitor by China because of his struggle for a more autonomous Tibet, congratulated Liu and called for his release.

Vincent Brossel, head of the Asia desk at Reporters Without Borders, told Al Jazeera that Liu deserved the award because “he’s a very peaceful advocate of freedom of expression and democracy”. He added that Liu is a unique representative of the struggle between dictatorship and democracy.

“Xiaobo is a gentle and brave person, he will probably give away the award to all political prisoners in China and all over the world,” Brossel, who has met Liu several times, said.

“Not only is he known in the intelligentsia and the academic world. His political manifesto, Charter 08, has picked up more than 10,000 signatures and these Chinese who have signed on to this charter say they are from all walks of life.”

Nicholas Bequelin,  senior Asia researcher with Human Rights Watch, told Al Jazeera that even though Liu is imprisoned, “he will be comforted when he learns about it (the prize), but it won’t really change him”.

Bequelin described Liu as “someone who is ready to go to prison for his ideas and he knew it when he signed this document, this Charter 08 … he has never sought international fame”.

Bequelin said that Liu was likely awarded the prize because he “really stands for all the activists and political prisoners in China. He really represents every single one of them because his key struggle has been for freedom of expression and freedom of expression is the basis of any advocacy and any efforts towards greater human rights protection”.

At least four former peace prize winners – Archbishop Desmond Tutu of South Africa,  the Dalai Lama and the Czech politician Vaclav Havel – had been among those calling for Liu to get the Peace Prize.

Barack Obama, the US president, has also called for Liu’s release.

After hearing about Liu’s award, his wife thanked his supporters and called for his release.

This year, the Nobel Committee considered a record 237 individuals and organisations for the prestigious prize.

The award of $1.5m will be handed out in Oslo on December 10, while the other Nobel prize ceremonies are held in Sweden, in line with the founder’s wishes. Sweden and Norway were joined in a union during his lifetime. 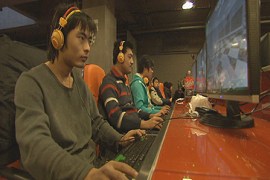 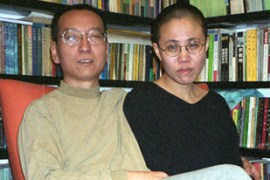