A rocket-propelled grenade has been fired at a motorcade of British diplomats in the Yemeni capital, Sanaa. Britain’s foreign ministry said a staff member suffered minor injuries and two bystanders were wounded in the attack

The convoy targeted on Wednesday was carrying the deputy chief of the British mission, who was not injured, and other embassy employees.

“The vehicle was on its way to the British embassy, with five embassy staff on board. One member of staff suffered minor injuries and is undergoing treatment, all others were unhurt,” the foreign ministry said in a statement.

“We are aware of at least two bystanders injured during the attack, and are seeking further detail.”

The attack took place on Khawlan Street, which is regularly used by embassy personnel, about three kilometres from the British mission.

Police said the car was damaged in the attack, but it was unclear if it suffered a direct hit. The vehicle was immediately removed from the scene.

There was no immediate claim of responsibility, but Alistair Burt, the British minister of Middle East and South Asian affairs, told Al Jazeera that al-Qaeda’s presence in Yemen is something that the world cannot ignore.

The attack comes two days after Yemeni authorities boosted security in the capital around embassies on information of an attack planned by al-Qaeda.

The Yemeni government declared a war on the group’s wing in the region after it claimed a failed attack on a US-bound airliner in December.

On April 26, a suicide bomber hurled himself at the British ambassador’s two-car convoy in a Sanaa street as it neared the British embassy compound, wounding three bystanders.

Al-Qaeda in the Arabian Peninsula later claimed responsibility for the attack, which prompted the embassy to be closed for two weeks. The group accused the British envoy of leading a war on Muslims in the peninsula on Britain’s behalf.

An al-Qaeda attack on the US embassy in Sanaa in 2008 killed 16 people, including six attackers.

In a separate incident on Wednesday, a security guard opened fire inside the compound of Austrian oil and gas group OMV, killing a French man, a security source said. Government security forces subsequently disarmed the attacker.

“These twin attacks reinforce the overall picture that the security situation in Yemen has been deteriorating since the start of the year, since the Yemeni government and the US stepped up their fight against al-Qaeda,” Nicole Stracke of the Gulf Research Center in Dubai said.

“Al-Qaeda has been reacting to this. But these attacks are not an escalation – it’s clear they are under huge pressure and it shows in their operations. Shooting an RPG is not a complicated operation.” 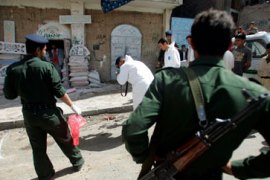 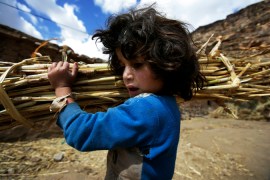 The paradox of Qat

Yemen faces a potential national security crisis if its water resources continue to dry up, however solutions do exist. 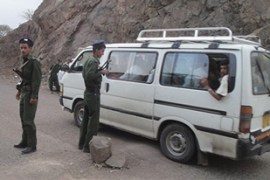 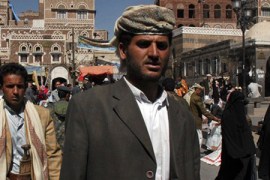 With two civil wars, an al-Qaeda presence and 40 per cent unemployment, can Yemen survive?