It has been 10 years since the October 2000 events that saw 13 unarmed Palestinians killed by Israeli police. Last Friday, more than 6,000 Palestinian citizens of Israel gathered in the Galilee village of Kfar Kana. Waving Palestinian flags and gripping pictures of their dead sons they marched through the town to commemorate the bloodshed.

The protestors also called for justice.

In 2003, an inquiry lead by Israeli High Court Justice Theodore Or, known as the Or Commission, criticised the actions of the police. But an internal police investigation – which critics say was superficial, at best – yielded no charges. And a decade later, there have been no prosecutions.

Adalah Legal Center for Arab Minority Rights in Israel is a local NGO that continues to represent the bereaved families and is pushing for the investigation to be reopened. Reflecting on the October 2000 events, Hassan Jabareen, Adalah’s founder and director, says: “The state treated us like we are an enemy in battle.”

Before October 2000, Palestinian citizens of Israel associated such killings primarily with the Occupied Territories. But the deaths and the lack of a serious investigation made Palestinians inside the Green Line feel as vulnerable as those in Gaza and the West Bank.

The events, Jabareen explains, “gave us the impression that, for the state, it’s moving from a territorial conflict to an ethnic conflict”.

Feelings of frustration and alienation were apparent at Friday’s march. Amongst the demonstrators was Siwar Aslih. Her brother, Aseel, was 17 when he was killed by Israeli police in October 2000. He was lying face down on the ground when he was shot at close range, in the back of the neck, with live ammunition.

Siwar was just 14 when it happened. She came of age in the aftermath of her brother’s death, during the second intifada. Now working towards a master’s degree in group therapy and counseling, she sat down with Al Jazeera for an exclusive interview.

Al Jazeera: What do you remember about the demonstrations in 2000?

Siwar Aslih: What was shocking for everyone and made them get angry and go out and protest was Sharon’s entrance to al-Aqsa [Mosque in Jerusalem] and the killing of Muhammad al-Durrah, the young child [in the Gaza Strip]. It started in Jerusalem and the [Occupied Palestinian Territories] then [Palestinians] inside the Green Line started protesting, too.

What I remember from October 2, when Aseel died … my parents wanted to go out for a walk in [our] village [Arraba] and they asked me whether I would like to come with them. I looked outside and I saw how the street looked – it was a mess, the stones thrown on the street. It was frightening for me to see it like this and I told my parents I don’t want to go with them.

After my parents left, I was with Aseel at home. I woke him up that day because his classmates from high school came to visit and I sat in [his] room.

Three Palestinian citizens of Israel were killed on October 1, the day before your brother died. How did you feel about those deaths?

People started getting killed on September 29, 2000, but not here, not in Israel. It was upsetting to hear about the Palestinians who were killed in the demonstrations in [the Occupied Palestinian Territories], but we were used to hearing news about people getting killed in [the Occupied Palestinian Territories]. We’re not used to the fact that people here get killed. It was frightening … I felt like there is a war [within Israel].

But if I think about right now … there is a Nakba; there is Land Day; there are many other events. This is not the first time Israel shoots the Palestinian people. Where there is an occupation, there are no rules and [the Israelis] can break the rules whenever they want to. We have to be ready and we have to expect anything. I think anybody can get killed at any time.

When your brother left to go to the protest, were you worried about him?

I did not know he was going to the protest …. I knew that he was active, but the protest thing was not the kind of thing he did. He was such a peaceful, quiet guy. He was happy. He was non-violent. Aseel did activities like participating in dialogues [between Jews and Palestinians] and going to the Seeds of Peace camp.

And then people [from the village] started coming during the day to our home. The first people who came asked me about Aseel. They told me he went to the protest and they heard that he was injured … and for me it was strange … Aseel never went to protests.

The house was full of strangers and then the night came down and I didn’t know what was happening … I [overheard] that he died from my neighbour and her daughter.

I think I refused to believe that he died. It’s not a thing I could imagine because Aseel was such an innocent and peaceful guy …. What I thought was: ‘Who the hell would want to shoot Aseel?’ [He] would never get into such a situation …. This was impossible.

I think it was nine or 10 o’clock … some women started crying and people were shouting. And I remember this guy was standing right here – [points to the corner of the living room] – and he said out loud, “Aseel is a martyr”.
[Sighs].

For me – it’s the end. It really happened. Aseel really died.

And I remember I started crying. It’s like they say that when someone is about to die, they see a script of his life. I think that’s what I saw, a script with scenes from our life together. And the last image I saw of Aseel, when I heard the news, was of him smiling and of him wearing his favourite t-shirt. The green one.

The Seeds of Peace t-shirt?

I remember his voice message back then. It was so funny. I think I have it on my computer. It starts like, “‘Allo, ‘allo, ‘allo”. And you think that Aseel is really answering. And he’s like, “I don’t hear you, raise your voice.”

I listened to it after he died and it was so hard for me to hear his voice, to hear him alive.

Many Palestinians refer to the October 2000 events as a turning point. Was it like that for you? Did your brother’s death change your feelings about Israel and the Jewish community?

And did you feel differently before Aseel died?

We have been raised to love our homeland and be patriots for all our lives. Palestine – this is not new. My dad was a political prisoner for five years in the 1970s and he and my mum were active all their lives.

So this was not a moment that changed things for you?

No, no. But for me, it was like they broke all the boundaries. They took everything, even hope.

Ten years have passed and no one has been prosecuted?

This is the legal system of Israel, okay? If Israel committed these crimes, she won’t accuse, because she sent those soldiers to kill. This is an apartheid regime for me.

But I also have anger towards my own people because I expect more of them, I want more.

What do you want?

And I don’t want to remember Aseel and the other martyrs only once a year …. We need to bring everything into awareness, into the kids’ awareness, and into the schools and the homes. This has to stay in our minds all the time. 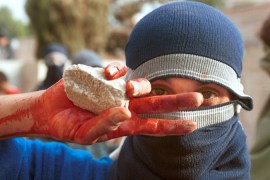 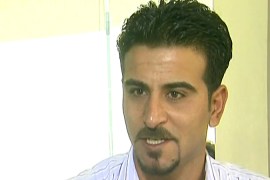 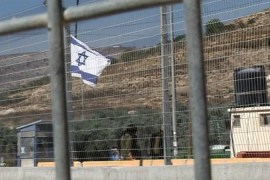 A soap factory and an olive oil business deal with the harsh realities of the Israeli occupation. 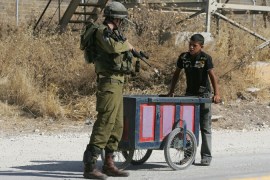 An old soap factory, a modern olive oil plant, and two import-export agents struggle to do business in Nablus.