Conflicts are leading to new era of near permanent refugee populations, the head of the United Nation’s refugee agency has said.

Antonio Guterres also said rich countries are only willing to take a fraction of those forced to flee by drawn-out warfare, especially in Afghanistan and Somalia.

“As a result of never-ending conflicts, we are witnessing the creation of a number of quasi-permanent, global refugee populations,” Guterres said on Monday in a speech to the UNHCR’s governing executive committee.

Afghan refugees are spread across some 69 countries, he noted, adding that peace remains a distant hope in Somalia, where only 61 Somalis were able to return home last year.

“I do not believe there is any group of refugees as systematically undesired, stigmatised and discriminated against,” Guterres said.

Guterres called on developed countries to do more to address the huge demand for resettlement. Of the 800,000 refugees who need somewhere to go annually, only one in 10 has a chance of finding a place.

“We need to increase international solidarity and burden sharing. A better understanding and recognition by the international community of the efforts of host countries is absolutely necessary,” Guterres declared.

The UNHCR, which will celebrate its sixtieth birthday this December, was responsible for 15 million refugees in 2009, Guterres said. Fewer returned voluntarily to their home country than in previous years.

More than half are fleeing conflict, and most of them are living in developing countries. Many Afghan refugees live in camps in Pakistan and Iran, while Iraqis have fled mainly to Syria and Jordan.

Guterres underlined the “extraordinary generosity” of Iran and Pakistan.

Far smaller numbers of refugees are accepted for resettlement in the European Union member states, North America and Australia.

Stuck in a bureaucratic limbo, many brave homelessness, surviving on the streets of countries such as Greece and France as governments turn a blind eye.

Nearly 100 Afghan asylum seekers broke out of a detention centre near Darwin, in Australia, in September to highlight their treatment in by Australian immigration services.

They held up bed sheets reading “We are homeless” and “Show us mercy”, the Sydney Morning Herald reported. 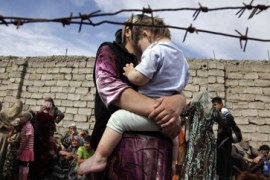 The plight of the displaced

As Refugee Day is marked, a growing number of people are being forcibly displaced. 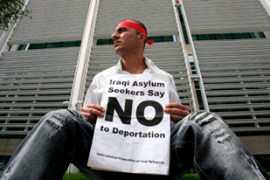 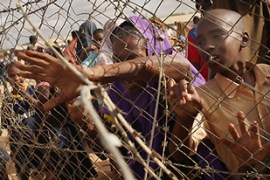 Few of world’s refugees opt to go home in 2009 due to ongoing conflicts, says UNHCR. 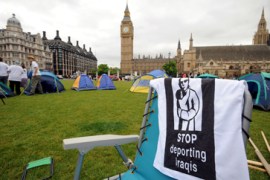 But do these deportations breach guidelines set by the UNHCR?