Al Jazeera Sports Channel has sent a letter to Ali al-Aaed, Jordan’s minister of state for media affairs and communications, calling for an official investigation into the signal jamming incidents which scrambled the network’s broadcast of several football World Cup 2010 games.
The letter, issued on Sunday by Nasir al-Khuleify, managing director of Al Jazeera Sports Channel, demanded that “every step be taken in order to expose the identity of the culprits responsible for the jamming”.
The letter further demanded that the Jordanian government inform Al Jazeera of the measures it intends to take against the culprits, adding that the network reserves its right to take legal action against those responsible for the broadcast disruptions.
Jordanian offer

While denying accusations that it jammed Al Jazeera Satellite Network’s signal during World Cup games, the Jordanian government agreed on Saturday to co-operate with an investigation into the claims, provided it is done by a team of independent experts.

The Jordanian offer followed a report in the UK-daily Guardian alleging that “secret documents” prove that Jordan deliberately jammed Al Jazeera’s broadcast of the World Cup games. The newspaper reported that the jamming was “unlikely to have been done without the knowledge of the Jordanian authorities” and pointed to Jordanian animosity toward Al Jazeera as the reason behind the interference.

Sunday’s letter from Al Jazeera Sports reiterates the network’s earlier statement that it had conducted a thorough analysis of the incidents using reputable international agencies to determine the location from which the disruptive signals were sent.

“The located site was defined as being in the as-Salt district inside Jordanian territories,” read the letter, which also said that the tracking equipment used to track the origin of the interfering signals has a margin of error not exceeding three kilometres.

The Guardian‘s Middle East affairs editor backed the Network’s conclusions, telling Al Jazeera on Thursday that the documents used to report his newspaper’s story were “authentic and undeniable”.

He said the Jordanian government declined the offer due to cost, and Al Jazeera, which had exclusive pay-TV rights to broadcast World Cup matches across the Middle East from North Africa to Iran, refused to broadcast the games to a select number of screens free of charge. 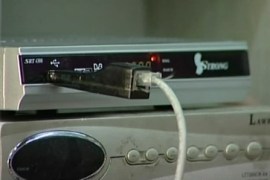 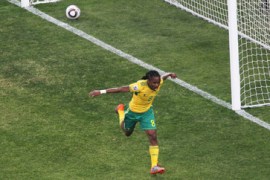