Six Afghan fighters loyal to a warlord from Uruzgan Province flew to Australia to train with special operations forces there last week, the Australian military chief has confirmed.

Air Marshall Angus Houston told reporters on Friday that the six militiamen had participated in combat training exercises in south Australia and at a military base on the outskirts of Sydney.

Houston’s remarks came after an earlier report by the Sydney Morning Herald newspaper claimed that senior fighters loyal to warlord Matiullah Khan had trained in Australia despite Khan’s controversial reputation as an independent military commander who charges international forces fees to protect their convoys.

“The Afghans invited to Australia will fight side by side with our special operations soldiers, which is an important part of our efforts to stabilise Uruzgan,” an Australian defence department spokesman said.

Australia, a non-Nato member nation which has lost 21 troops in Afghanistan, maintains a strong presence in Uruzgan, a sparsely populated province that borders Kandahar to the south and was until recently the heart of the Netherlands’ mission in the country.

Though Afghan police and military troops receive training from a horde of international soldiers and private contractors in Afghanistan on a daily basis, such training is not openly provided to non-government militias.

In June, the New York Times newspaper described Khan as the most powerful man in Uruzgan – above even the provincial governor, police chief or local army commander.

Khan, the Times said, is the “head of a private army that earns millions of dollars guarding Nato supply convoys and fights Taliban insurgents alongside American special forces”.

The Herald reported that the fighters’ visit to Australia came amid a parliamentary debate about the country’s role in the Afghan war.

On a visit to Afghanistan earlier this month, Julia Gillard, Australia’s prime minister, was praised by Hamid Karzai, the Afghan president, for working closely with “warlordy types”, according to a summary of the encounter obtained by the Herald.

Khan and other powerbrokers like him have carved out profitable roles for themselves in tribal, war-torn Afghanistan, often by running licensed private guard companies or security operations such as Khan’s.

Khan has drawn much attention to himself; he received a high-profile mention in a report released in June by a US congressional committee that concluded America was paying out billions of dollars to “warlords, strongmen, commanders, and militia leaders” to guard the military’s enormous supply chain.

Khan’s militia, which has been estimated between 900 and 2,000 men and is sometimes called the “Kandak Amniante Uruzgan”, runs operations with US special forces troops and operates without oversight from Afghanistan’s central government.

Khan has no official government position, though he refers to himself as the chief of provincial highway police – an organisation that was disbanded years ago.

“No one can travel without Matiullah without facing consequences,” the chief of a private security company told US congressional investigators this year. “There is no other way to get there. You have to either pay him or fight him.”

The Dutch, who left behind a mixed legacy in Uruzgan, reportedly refused to work with Khan or officially recognise his status as a local power broker, even after removing Jan Mohammed Khan, the former provincial governor, because of his reported involvement in crime and the drug trade.

The Liaison Office reported in September 2009 that Dutch efforts to “Afghanise” security had resulted in 300 to 400 of Matiullah Khan’s fighters joining the local Afghan National Police, but those officers reportedly continue effectively to work for Khan and draw a salary from him.

Khan reportedly charges between $300 and $2,000 for each vehicle his troops protect. 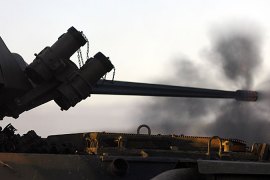 Troops on trial over Afghan deaths