Egypt and Iran have signed an agreement to resume direct flights between their capitals for the first time since the two nations severed diplomatic ties in the wake of the Iranian Islamic revolution in 1979.

Sameh al-Hafni, head of the Egyptian Civil Aviation Authority, said 28 flights will carry travellers between Cairo and Tehran, the respective capitals, every week.

Ahmed Shafiq, Egypt’s minister of civil aviation and Hamid Baghai, Iran’s vice president and head of tourism, oversaw the signing of a memorandum of understanding between Hamid Ghavabesh, deputy chief of the Iranian national aviation company and Hafni from Egypt’s civil aviation authority on Sunday.

Iran’s Fars News Agency reported that an Egyptian businessman, who was not named, has announced an agreement worth $1.37bn between his private airline company and Iran’s Kish Air Company for the next eight years.

“Based on the agreement, the two companies will launch two-way flights between Iran and Egypt in the near future,” Fars reported.

An Iranian government delegation recently visited Egypt in what could be a prelude to the resumption of ties between the countries, which broke off official diplomatic relations after the Iranian revolution of 1979.

Iran severed ties with Egypt after it signed a peace deal with Israel and provided asylum to Iran’s deposed leader, Shah Mohammad Reza Pahlavi. Since then, the two countries have only maintained interest sections in each other’s capitals.

“This accord will replace the one signed between both countries  in 1976 and is in line with the developments in air transport,” Hafni, the head of Egypt’s civil aviation, told reporters on Sunday.

The memorandum comes as Iran faces increased pressure from economic sanctions imposed by the UN Security Council and Western powers due to the Islamic republic’s controversial nuclear programme. 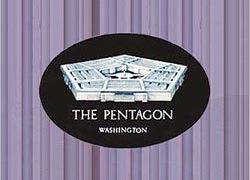 The Pentagon notified Congress on Monday of a proposed sale to Egypt of 25 Avenger air defence systems plus related equipment valued at up to $126 million.