The head of Britain’s foreign intelligence service has described torture as “illegal and abhorrent” in the first ever public address by a director of the Secret Intelligence Service (SIS).

The MI6 chief, who is traditionally known as “C”, also defended the 101-year-old SIS, whose existence was only officially acknowledged in 1992.

He said he read daily reports about people “bent on maiming and murdering people in this country”, many of them operating from the Afghan-Pakistan border but also from Somalia, Yemen and north Africa.

Glenmore Trenear-Harvey, a former British intelligence officer, told Al Jazeera “right up until 1992, while the Soviets knew all about [the SIS], the British public certainly didn’t.”

Britain’s security services have come under scrutiny in recent years over allegations of complicity in the torture of detainees held following the September 11, 2001 attacks on the United States.

“Torture is illegal and abhorrent under any circumstances and we have nothing whatsoever to do with it,” Sawers said.

However, he admitted that maintaining Britain’s principles was difficult when working with more than 200 foreign partners who were not always “friendly democracies”.

“If we hold back and don’t pass that intelligence out of concern that a suspected terrorist may be badly treated, innocent lives may be lost that we could have saved,” he said.

“These are not abstract questions … they are real constant operational dilemmas.”

In July, David Cameron, Britain’s prime minister, set up an inquiry into the allegations of British complicity in torture, a move Sawers said he welcomed.

But the intelligence chief expressed concern about information released when torture allegations were heard in court.

In February, a British court released secret evidence that Binyam Mohamed, a former British-based inmate of Guantanamo Bay, was subjected to “cruel, inhuman and degrading” treatment during questioning by US agents.

The information was made public in defiance of ministers’ warnings that such disclosures could harm relations with Washington.

Sawers said that allowing countries who obtained information to control how it was used by other nations was “rule number one of intelligence sharing”.

“Because whenever intelligence is revealed, others try to hunt down the source. Agents can get identified, arrested, tortured and killed by the very organisations that are working against us,” he said.

“So if the control principle is not respected, the intelligence dries up.”

Sawers said that “nearly all” SIS agents were foreign nationals and insisted their work must remain secret, even if MI6 itself recruits publicly.

“Secrecy is not there as a cover-up. Secrecy plays a crucial part of keeping Britain safe and secure,” Sawers said, while noting that the agency was subject to significant government and parliamentary scrutiny.

He said one of its key roles was keeping tabs on people overseas who might attack Britain, with more than one third of MI6’s resources directed towards international terrorism.

“The most draining aspect of my job is reading, every day, intelligence reports, describing the plotting of terrorists who are bent on maiming and murdering people in this country,” he said.

“Few know about the terrorist attacks we help stop,” he said, adding: “Whatever the cause or causes of so-called Islamic terrorism, there is little prospect of it fading away soon.”

Trenear-Harvey told Al Jazeera that the reason behind Sawers public address was to do with the UK’s new coalition government.

“The coalition government formed the first National Security Council and only last week they produced their national security assessment – now this is quite unique as far as the United Kingdom is concerned,” he said.

“Also, since the security and intelligence services in the UK have been given a $600m increase in their budget, at a time of everyone cutting back, there was a need to explain to the British public precisely what the secret intelligence service is doing.

“And that includes the allegations of standing by while torture took place.”

Sawers also made the case for intelligence as a tool against nuclear proliferation, saying that diplomatic pressure and sanctions were not enough to prevent Iran from developing a nuclear bomb.

“We need intelligence-led operations to make it more difficult for countries like Iran to develop nuclear weapons.”

Tehran denies it is developing a nuclear bomb and says its programme is solely for civilian purposes. 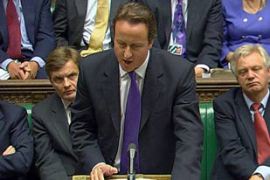 Inquiry to examine if UK spies were complicit in torture of terrorism suspects held overseas. 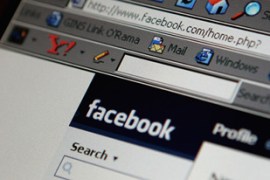 Pictures posted by wife of would-be head of MI6 on internet cause security concern.