Navi Pillay, United Nations High Commissioner for Human Rights, has called on the US and Iraq to investigate allegations of detainee abuse revealed by WikiLeaks.

The whistle-blower WikiLeaks website released nearly 400,000 American military documents on Friday. Many of these documents included reports of serious abuse by Iraqi forces and also showed that US troops did not intervene to stop the violence in many cases.

Pillay said on Tuesday that the information adds to “concerns that serious breaches of international human rights law have occurred in Iraq.”

He urged US and Iraq to prosecute all those responsible for the torture and unlawful killings.

Some of the documents released on Friday contain accounts of Iraqi forces abusing Iraqi prisoners and the US military not investigating those instances.

The documents also show that US forces handed over detainees to Iraqi forces despite signs of abuse.

They also show that US interrogators continued to question Iraqi detainees while some of them were still recovering from injuries inflicted upon them during their detention by Iraqi security officials. And in some cases, their wounds were clearly visible to the US interrogators.

US officials on Monday said the military had not systematically ignored cases of torture and abuse of Iraqi prisoners by Iraqi forces.

“That’s just not the case,” Casey told reporters. “Our policy all along was that where American soldiers encountered prisoner abuse (they were) to stop it and then report it immediately up the US chain of command and the Iraqi chain of command.”

Barack Obama, the US president, who opposed the 2003 US-led invasion of Iraq launched by his predecessor President George W Bush, formally ended the US combat mission in Iraq in August and has promised to withdraw the last 48,000 US troops from Iraq by the end of next year.

The implication was that the United States would do more to make sure terror suspects were not tortured or abused – either at the hands of US forces or by governing authorities to whom the detainees were handed over for detention or interrogation.

Yet, in one leaked document from a US military intelligence report filed February 9, 2009 – just weeks after Obama ordered US personnel to comply with the Geneva Conventions – an Iraqi said he was detained by coalition forces at his Baghdad home and was told he would be sent to the Iraqi army if he did not co-operate. 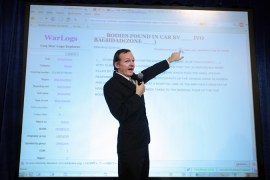 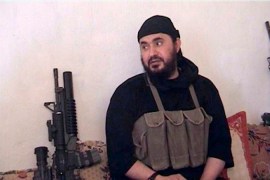 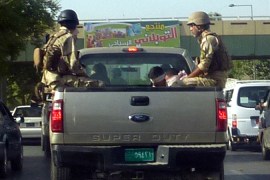 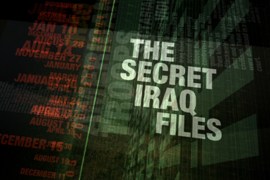